Omidyar to Be Publisher of His Own Massive New News Organization 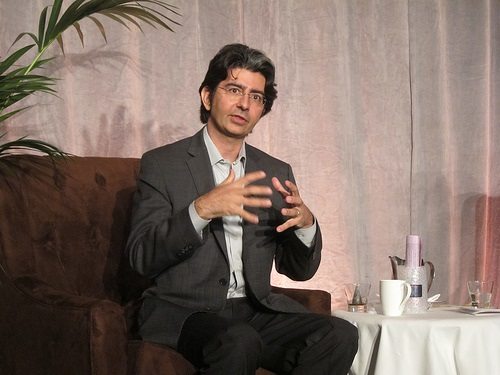 Philanthropist and eBay founder Pierre Omidyar has announced in a post that he plans to be the publisher of the news initiative he is launching with Glenn Greenwald and others. He is also releasing $50 million in capital; his intention is to invest $250 million.

As stated in the post, an umbrella organization named First Look Media will be “made up of several entities, including a company established to develop new media technology and a separate nonprofit journalism organization. The journalism operation, which will be incorporated as a 501(c)(3), will enjoy editorial independence, and any profits eventually earned by the technology company are committed to support First Look’s mission of independent journalism. The name of First Look Media’s initial digital publication is yet to be announced.”

The group will have outposts in New York City, San Francisco, and Washington, D.C.

Omidyar does not come to journalism without any experience. He has promoted investigative journalism as core to civil society for some time. In 2010, he launched Honolulu Civil Beat, which is dedicated to covering public affairs in Hawaii. In fact, he is listed as CEO and publisher there. There is no indication, as far as we know, that the two entities will be made one.—Ruth McCambridge