On Gun Control, White House Fails to Tap Power of (Its Own and Other) Nonprofits 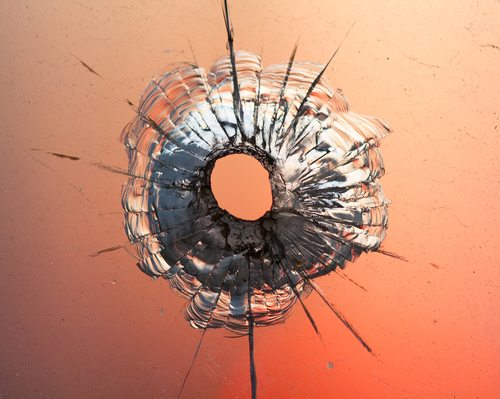 In his State of the Union speech, President Barack Obama urged the Congress to adopt stringent gun control measures, including a ban on assault weapons and large ammunition clips. It was tough talk. Did he really mean it?

Though he has barnstormed parts of the country on the issue, speaking to mayors and police chiefs who were already on the gun control bandwagon, his administration has done little or nothing to mobilize large constituencies that could neutralize the influence of the National Rifle Association (NRA), the powerful pro-gun lobby that appears to terrorize so many or our congressmen and senators. On March 28, the president once again urged Congress to pass his gun control agenda, yet the White House has not yet taken any action to back up his rhetoric.

Organizing for Action (OFA), the so-called 501(c)(4) grassroots organization founded by White House operatives and led by Jim Messina, was supposed to deliver masses of people, many of them young veterans of the Obama political campaign, to support administration initiatives such as gun control and immigration reform. But, so far, it has turned out to be just a fundraising mechanism to lure big money to White House coffers. Only a strong outcry from watchdog groups like Common Cause forced OFA to abandon its plans for a pay-to-play vehicle for corporate and large individual donors.

Contrary to its promise, Organizing for Action has not launched any major effort to rally the forces needed to win the immigration reform and gun control fights. One is left with a perplexing question: for what action is the OFA organizing?

White House staff have demonstrated an incredible lack of interest and/or incompetence in failing to call out nonprofit sector organizations as activists for tighter gun controls. Surprisingly, they have done no such thing. They haven’t, as one might have expected, convened any conferences or workshops for nonprofits to enlist them as soldiers in the battle for gun control. Nor, as far as we know, have they reached out to individual groups to gain their support for such an initiative.

It is a major missed opportunity. Many large nonprofits, with substantial constituencies, have the money, staff and resources to mount major campaigns. The foundation community also has the money needed to finance comprehensive, sustained efforts. Together, they have the wherewithal to outspend and to politically outmuscle the National Rifle Association. Yet they haven’t been asked to do anything. If they were to join forces with Mayor Bloomberg of New York, who’s had the courage to give millions of dollars and his personal involvement to the cause, chances for much tighter gun controls would be enormously enhanced.

Why, then, has the Obama administration done nothing but talk about gun violence? For an alleged former organizer, the president has either been a poor organizer or a reluctant warrior.

Sen. Harry Reid (D-Nev.), the Senate majority leader, has yanked the assault weapons and limited ammunition clip provisions from the gun control bill the Senate will consider, claiming there weren’t enough votes to pass it if the legislation included the controversial measures. The president could have pressured Reid to introduce the complete bill, but he didn’t.

One is left with the impression that the president, as in other cases, is satisfied with the rhetoric of toughness and a mild gun control bill, that he has no intention of fighting hard for what he promised. In doing so, he, not incidentally, is helping the fortunes of several Senate democrats facing difficult challenges in conservative states in 2016.

But that is not presidential leadership. He had a chance to enroll a potentially powerful nonprofit sector as his agent of change on the issue, a decision that might have turned the tide of the battle and broken the back of the NRA. What a waste of resources.

And what a retrograde step in helping to solve the problem of violence in American communities.

Pablo Eisenberg is a senior fellow at the Georgetown University Public Policy Institute.