One Charity, Many Different Ratings: What’s a Donor to Do? 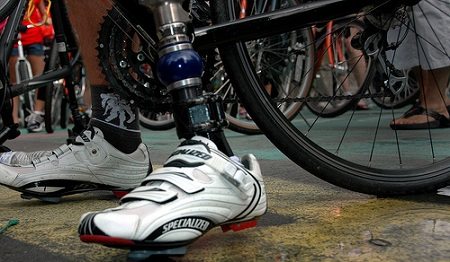 Writing for Barron’s Penta Daily blog (oriented to give advice to families with $5 million or more in assets), Richard Marais notes the difficulty of assessing charities. How is a donor to know who’s doing a better job than others? As a case study, Marais points to the Wounded Warriors Project (WWP), which get a “D” rating from Dan Borochoff’s CharityWatch but also received three out of four stars from Ken Berger’s Charity Navigator. In response to the low CharityWatch rating, WWP founder Steven Nardizzi said WWP relies on the Better Business Bureau’s (BBB) charity ratings because, according to Nardizzi, they assess program outcomes.

We’re not sure that Nardizzi is correct that the BBB Wise Giving Alliance rates organizations based on outcomes, as that is an issue still being worked on by a variety of the rating groups; the Wise Giving Alliance is, for instance, cooperating on the development of the Charting Impact framework. In any case, Marais is correct that the different rating groups sometimes come up with sharply different ratings of the same charities.

According to Borochoff’s organization, the Wounded Warriors Project’s “D” rating is partly due to its low proportion of revenues devoted to program activities. Program activities account for only 43 percent of the charity’s spending if one excludes the costs of direct mail, telemarketing, and other solicitation costs that it includes as program services. Without that exclusion, WWP’s program expenditure proportion is 63 percent, but that is still below Charity Watch’s recommended 75 percent mark. According to CharityWatch, out of $74.4 million in 2011 revenues, WWP spent $13.8 million on fundraising, $11.5 million on salaries, $8.9 million on consulting and outside services, $5.5 million on meetings and events, and $3.1 million on travel.

Charity Navigator’s three-star rating of WWP is due to its having scored only 54.18 out of a possible 70 points in its rating system, including a two-star rating on its finances. Charity Navigator’s review of WWP’s financial metrics found only 55 percent of its total budget spent on programs and services, eight percent spent on administrative costs, and 36.8 percent spent on fundraising. Oddly, in four Charity Navigator reviews of WWP published since 2010, the 2012 analysis shows WWP with its lowest program percentage and highest fundraising proportion.

Depending on the rater, the Wounded Warriors Project seems to have scored low (Charity Watch), high (BBB Wise Giving Alliance) or somewhere in the middle (Charity Navigator). What should a donor do? Marais suggests that donors perform their due diligence and not rely on any one rating source. With such a mixed message about a charity from three well-meaning charity-rating groups, a donor has no other choice than to be an informed consumer and to pick a charitable recipient thoughtfully. –Rick Cohen

CORRECTION: An earlier version of this article wrongly stated that Charity Navigator is involved in the Charting Impact project. NPQ regrets the error.