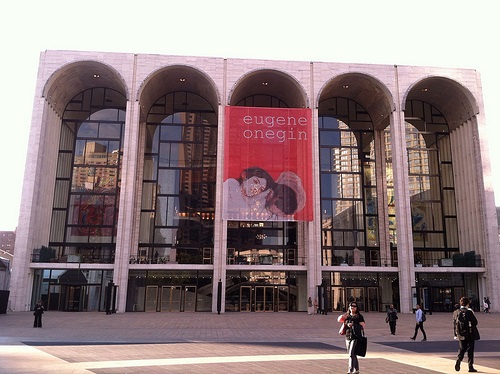 Season tickets for the Metropolitan Opera went on sale yesterday, August 10th, but we suspect that the box office may not have seen a lot of action. The opera company is in a labor dispute with most of its unions that threatens the 2014–2015 season.

Currently, the Met is awaiting a report from an independent mediator that will provide some nonbinding insight about the opera’s true financial position. The threatened lockout has been averted until that process is concluded, but that does not stop others from weighing in. Some believe that Peter Gelb is strong-arming the unions and is responsible for the financial condition of the opera (the severity of which is in dispute); others believe that responsibility falls on “overpaid” union workers. Since the fan base of the Metropolitan Opera is international thanks to its live radio and cinema broadcasts, the stakeholder base is broad, concerned about the upcoming season that may be scuttled if the impasse cannot be breached and, not surprisingly, opinionated.

The Met’s Facebook page shows that fans are split in their opinions, with some saying the Met is “attempting to demonize unions” and others expressing the opposite sentiment: “No wonder I cannot stand unions.”

The unions have posted pictures of performers from Cincinnati, Greece, Nova Scotia, and Chicago holding up “Save the Met” signs in solidarity. There is an online petition with 1000 signatures “encouraging Met Opera management to engage in good-faith negotiations and avert a lockout.” One of the signers commented, “The Met is one of this country’s most valued cultural institutions…The talented artists that create this amazing product deserve a fair contract forged by good-faith bargaining, not shortsighted bullying!” But another devoted fan, Sheila Rao, thinks that “the wage structure there has gotten out of control over the years, and it’s not sustainable.”

Still, it is not yet evident that any group outside of the disputing parties are yet attempting to place themselves in a position to intervene, as happened in San Diego almost immediately and in Minnesota after an extended lockout.—Ruth McCambridge