#OscarsSoWhite and the Boycott of the Academy Awards 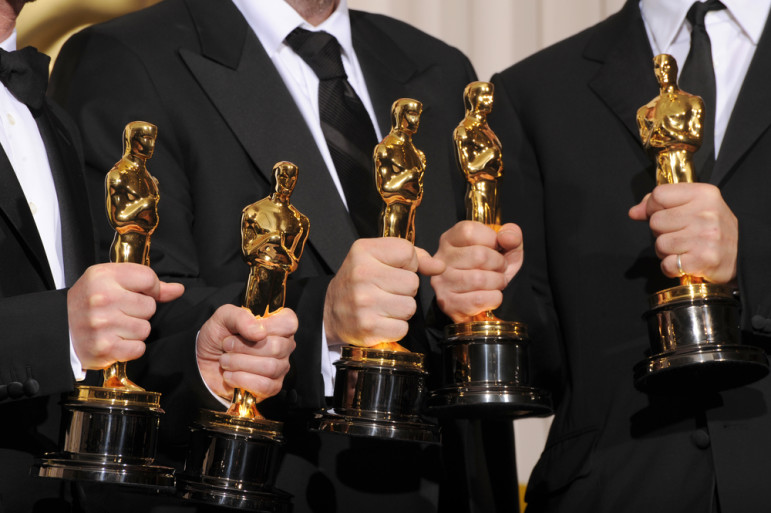 On Martin Luther King, Jr. Day this year, NPQ announced the publication (in collaboration with the Young Nonprofit Professionals Network) of an upcoming series of articles on diversity and justice written by millennials in the nonprofit sector. The series is part of the NPQ’s coverage not only of the Black Lives Matter movement, but of the many accusations of institutional inequality that have been levied against society.

One of those accusations is directed at the Academy Awards, who are being called “backward” and “whitewashed” for its second consecutive year without nominating a single person of color in an acting category. Of course, something this glaring has not gone unnoticed. Instead, it has started a movement to boycott the Academy Awards this year—from actors both white and of color.

Leading the movement have been actress Jada Pinkett Smith and director Spike Lee. Smith posted a video on her Facebook page asking people of color to recognize the power they have amassed in the past several decades. “Begging for acknowledgement, or even asking, diminishes dignity and diminishes power. And we are a dignified people, and we are powerful,” she said. “So let’s let the Academy do them, with all grace and love. And let’s do us, differently.” Smith said she would not be watching or attending the Oscars this year.

We must stand in our power.

Lee also took to social media to air his grievances about the nominations. “My wife, Mrs. Tonya Lewis Lee and I will not be attending the Oscar ceremony this coming February. We cannot support it. And I mean no disrespect to my friends, host Chris Rock and Producer Reggie Hudlin, President Isaacs and the Academy. But, how is it possible for the 2nd consecutive year all 20 contenders under the actor category are white?”

#OscarsSoWhite… Again. I Would Like To Thank President Cheryl Boone Isaacs And The Board Of Governors Of The Academy Of Motion Pictures Arts And Sciences For Awarding Me an Honorary Oscar This Past November. I Am Most Appreciative. However My Wife, Mrs. Tonya Lewis Lee And I Will Not Be Attending The Oscar Ceremony This Coming February. We Cannot Support It And Mean No Disrespect To My Friends, Host Chris Rock and Producer Reggie Hudlin, President Isaacs And The Academy. But, How Is It Possible For The 2nd Consecutive Year All 20 Contenders Under The Actor Category Are White? And Let’s Not Even Get Into The Other Branches. 40 White Actors In 2 Years And No Flava At All. We Can’t Act?! WTF!! It’s No Coincidence I’m Writing This As We Celebrate The 30th Anniversary Of Dr. Martin Luther King Jr’s Birthday. Dr. King Said “There Comes A Time When One Must Take A Position That Is Neither Safe, Nor Politic, Nor Popular But He Must Take It Because Conscience Tells Him It’s Right”. For Too Many Years When The Oscars Nominations Are Revealed, My Office Phone Rings Off The Hook With The Media Asking Me My Opinion About The Lack Of African-Americans And This Year Was No Different. For Once, (Maybe) I Would Like The Media To Ask All The White Nominees And Studio Heads How They Feel About Another All White Ballot. If Someone Has Addressed This And I Missed It Then I Stand Mistaken. As I See It, The Academy Awards Is Not Where The “Real” Battle Is. It’s In The Executive Office Of The Hollywood Studios And TV And Cable Networks. This Is Where The Gate Keepers Decide What Gets Made And What Gets Jettisoned To “Turnaround” Or Scrap Heap. This Is What’s Important. The Gate Keepers. Those With “The Green Light” Vote. As The Great Actor Leslie Odom Jr. Sings And Dances In The Game Changing Broadway Musical HAMILTON, “I WANNA BE IN THE ROOM WHERE IT HAPPENS”. People, The Truth Is We Ain’t In Those Rooms And Until Minorities Are, The Oscar Nominees Will Remain Lilly White. (Cont’d)

Several other actors joined Lee and Smith in outrage against the nominations. Documentarian Michael Moore said he would be joining the boycott this year and will not be attending or watching the show. “I absolutely support what they are doing, and I will be happy to join them,” said Moore. “I thought about this all day, and I don’t plan to go to the show, I don’t plan to watch it and I don’t plan to go to an Oscar party.” Daniel Oyelowo, who was not recognized for his role as Martin Luther King, Jr., in the Best Picture nominee Selma last year, acknowledged the problem. “A year ago, I did a film called ‘Selma,’ and after the Academy Awards, [Academy President Cheryl Boone Isaacs] invited me to her office to talk about what went wrong then,” Oyelowo said when accepting a separate award after the nominations came out. “We had a deep and meaningful [conversation]. For 20 opportunities to celebrate actors of color, actresses of color, to be missed last year is one thing; for that to happen again this year is unforgivable.” Academy President Isaacs echoed many of these sentiments in a statement released last week. “I am both heartbroken and frustrated about the lack of inclusion,” she wrote. “This is a difficult but important conversation, and it’s time for big changes.” Her full statement can be found here. While it is encouraging to see workers in the industry responding to the nominations and bringing attention to the problem, it would be powerful if someone who was nominated also acknowledged the problem in the academy as well. We have yet to hear from one of the twenty actors who have been nominated, who should be asking themselves whether they were chosen from a fair pool of competitors. The nomination of twenty white actors for a second year in a row speaks volumes about the problem that is inherent in the Hollywood industry: Actors of color do not have the same opportunities as white actors. We can’t expect for people of color to win roles when those roles don’t exist. After accepting her Emmy award for her role in How To Get Away With Murder, Viola Davis remarked on the uphill battle for actors of color who are fighting to get good roles that often don’t seem to exist for them:

Aziz Ansari, known from the television comedy Parks and Recreation, has taken up the cause of giving Asian actors the roles they deserve. He is quite literally writing and creating those roles himself. Ansari released an acclaimed comedy series Master of None on Netflix, which moves Ansari and his co-star Alan Yang beyond the stereotypical “Indian” and “Asian” character actors into a more robust and full role. The show won a Critics’ Choice award on Sunday, and Yang used the opportunity to remark on why the success of the show is largely based on the lack of diversity audiences have found in mainstream television. “Thank you to all the straight white guys who dominated movies and TV so hard, and for so long, that stories about anyone else seem kind of fresh and original,” said Yang. “Because you guys crushed it for so long, anything else seems kind of different.” Jokes aside, many viewers likely gravitated toward Ansari and Yang’s show because of its fresh portrayal of minority actors right now. Whether the issue here is that the roles don’t exist for the Academy to recognize or if there is a willful overlooking of actors of color, it is disheartening to see it happen not once, but twice in a row. Unfortunately, the hashtag #OscarsSoWhite has had to be revived for another year by social media.

Correction: Aziz Ansari is known for his role on Parks & Recreation, not Community. NPQ regrets the error.