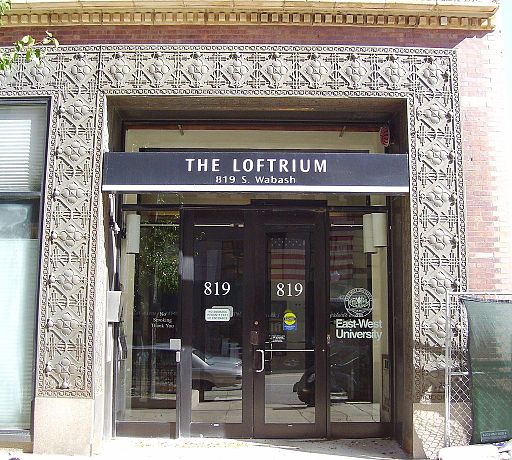 The Wall Street Journal reported last week that former students of East-West University, a Chicago college that recruits students from the city’s South Side, tend to earn less than the national median for high school dropouts. The report studied the median salary for former students who received financial aid—both graduates and non-graduates—who enrolled in 2001 and 2002. The former East-West incoming class had a median income of $22,300, about $500 less than the national median earnings for fully employed high school dropouts between the ages of 25 and 34.

Of course, the WSJ analysis doesn’t completely discredit East-West. It doesn’t separate graduates of East-West from dropouts from the university. And, the data needed to compare 2001’s incoming East-West class to their peers is hard to come by. The report compares the national median income of all high school dropouts, aged 25-35 and working full time, to the median income of East-West students who received financial aid, were part of a single incoming class, and who may or may not be employed currently. However, the report does raise concerns about East-West’s recruiting practices.

East-West is a private nonprofit university, and the average student pays almost $29,000 annually after grants. The majority are low-income students, who are more likely to drop out of college programs. Critics of East-West University say that the students its recruitment practices target are not prepared to complete a four-year degree. At this time, only nine percent of its students complete a bachelor’s degree within six years, putting East-West’s graduation rate among the lowest in the country. About 80 percent of its students take out federal loans to attend, and some former students have criticized the university for offering scholarships that must be paid back by dropouts.

East-West University is regionally accredited by the Higher Learning Commission but was placed on probation last year due to concerns “related to the establishment and following of policies and processes; fulfillment of claims for an enriched educational environment; [and] attention to retention, persistence, and graduation rates.” Of the 1,000 or so schools accredited by the HLC, only about two percent are on probation, reports the WSJ. If East-West loses its accreditation, it will lose federal student aid funding.

As other universities consider whether they’re doing enough to recruit low-income students, East-West’s administrators defend the university’s targeting of low-income prospects. The school’s website states that it is the only “majority-minority” college in Illinois, and that it provides adequate resources to keep its students in classes.—Lauren Karch