Outstanding Nonprofit Lawyers and the Critical Issues on which They Work 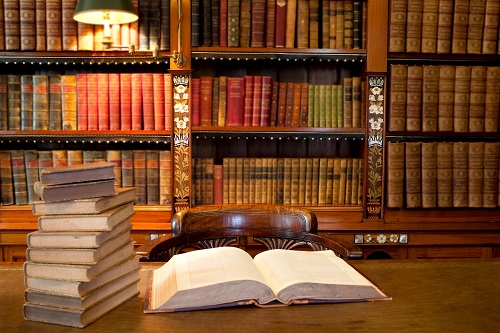 The American Bar Association announced its “Outstanding Nonprofit Lawyer Awards” last week. Because a couple of them have been cited in the pages (or webpages) of Nonprofit Quarterly, we honor them as well.

Greg Colvin of Adler & Colvin received an award from the Nonprofit Organizations Committee of the American Bar Association’s Business Law Section as 2015’s Outstanding Attorney for nonprofit organizations. Readers of the NPQ Newswire have undoubtedly seen us cite Colvin in the past, probably about the rules regarding nonprofits and election-related activities, but for this author, one area of Colvin’s expertise has always been important. For all of the articles we have run on fiscal sponsors, especially our review of the disappearance of the International Humanities Center (or at least the disappearance of the money that IHC was holding for a variety of organizations—notably here, here, and here), the consistently best resource we found and frequently referred to on fiscal sponsorship was Colvin’s monograph from 1993, “Fiscal Sponsorship: Six Ways to Do It Right.” It’s simply one example of many demonstrating how Colvin’s advice to the nonprofit sector has stood the test of time and made him—and his firm—so valuable.

And just to be clear, Adler & Colvin is more than Greg Colvin. NPQ has published pieces by Adler & Colvin’s Emily Chan on fraudulent transfers and on the rules of firing people for social media use and cited Chan along with other Adler & Colvin attorneys like Robert Wexler and Eric Gorovitz in other NPQ newswires. Colvin deserves the ABA award not just because of his excellent personal legal work for the nonprofit sector, but for building a legal resource that benefits the nonprofit sector across the country.

Milton Cerny of McGuireWoods won the ABA’s Vanguard Award for “distinguished lifetime achievement in the nonprofit sector.” Cerny, too, is another attorney whose insights into the nonprofit sector have been important to Nonprofit Quarterly. NPQ has cited Cerny on numerous issues, including in a piece NPQ published in 2008 on socially responsible investments. Interestingly, in that article, we noted a publication Cerny had done for the International Center for Not-for-Profit Law, and it led us to check on a hunch. Cerny, it seems, has been a longtime advocate of democratization in Eastern Europe. A speaker of Czech and Russian, Cerny served as a director of the Vaclav Havel Library Foundation, honoring the first democratically elected president of the post-Soviet Czech Republic and a luminary in the global history of the fight for democracy and freedom. He’s also a former president of the American Friends of the Czech Republic. Like Colvin, Cerny has been more than a nonprofit attorney. If you’re really dedicated to the nonprofit sector, it is impossible to be simply a nonprofit attorney. The work requires more.

All of the ABA honorees are undoubtedly worthy of the awards they received, but because of NPQ’s past use of Colvin and Cerny as sources of expertise, we thought that a special acknowledgement of these two people was in order.—Rick Cohen