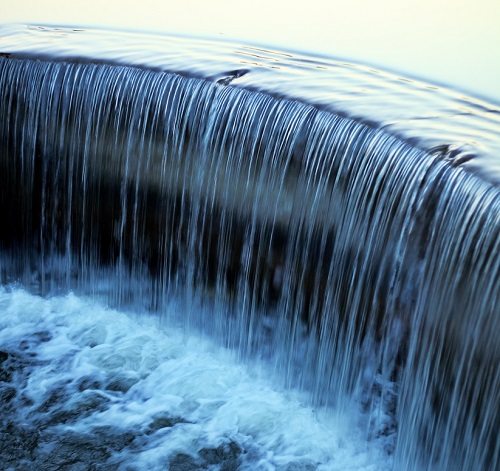 Editor’s Note: The Bill & Melinda Gates Foundation gives out more grants in a year than the next 18th largest grantmakers combined. That includes the Ford Foundation, the Walton Family Foundation, the Robert Wood Johnson Foundation, and the W.K. Kellogg Foundation, grantmaking behemoths themselves. It has more assets than Ford, Robert Wood Johnson, Kellogg, and the Hewlett Foundation. Noting that the Gates Foundation has slowed its pace of grantmaking despite having grown to a staffing of over 1,200—not including the variety of contractors and intermediaries that help push out the dollars—Buzz Schmidt, the founder of GuideStar and GuideStar International, sees some practical limitations to the evolution of such a large-scale philanthropic enterprise. Other critics in the past have decried the growth of the Gates Foundation as too large to be good for society, both here and abroad, and too much concentrated in the hands of a tiny group of people to be good for democracy. But the proposed solutions—somehow making the Gates Foundation spend down even faster—are simply not practical. With an eye to the intersection of pragmatism and the advancement of societal good, Schmidt poses an intriguing solution that NPQ thinks is worth serious attention.

In his May 26 New York Times’ DealBook article, “As His Foundation Has Grown, Gates Has Slowed His Donations,” Randall Smith chronicled some of the challenges facing the Gates Foundation as it strives to give away $4 billion annually. It makes you wonder if Warren Buffett now questions his own dramatic decision to commit what may ultimately be $50 billion to augment an opportunities-challenged, Gates-grantmaking strategy. It also suggests that, as in other lines of endeavor (as Bill Gates would surely realize), there are often practical limits to the effectiveness of dominant, large-scale enterprises. For Pete’s sake—no one has ever attempted to operate a global philanthropic enterprise granting the equivalent of a $100 billion foundation (making it more than seven times the size of the distant second Ford Foundation) and comprising over 10 percent of private foundation capacity.

If Gates surmounts the challenges of its current scale, however, it won’t be time to claim victory and head home. In fact, the foundation’s annual grantmaking challenge will grow appreciably with the passing of Warren Buffett, and it will grow again as Bill and Melinda Gates anticipate their own deaths and fulfill their public commitments to moving the bulk of their wealth—not just to their foundation but beyond, to recipient charities and causes—during or shortly after their lifetimes.

Despite the challenges of over-scaling, there is no need to despair so long as the Gates Foundation is willing to accede a modicum of control and share some responsibility for the ultimate distribution of its largesse. Here are grantmaking strategies Gates might attempt that would be at once highly effective and transformative for philanthropy generally:

In each of the above cases, Gates would be reinforcing an active and engaged citizenry. Gates must require regular reporting and full accountability for subsequent regranting to implementing organizations from each private foundation, United Way, or community foundation—but for the purposes of informing practice more quickly and highlighting what works. Any of these very visible strategies would in one moment transform the expectations, reporting, and, thereafter, the practices of institutional philanthropy. Each strategy would be a cathartic event for the sixty thousand entities now making grants, and exert positive signals throughout the nonprofit sector.

Of course, in advancing these grantmaking strategies, I’ve passed over the other huge strategic challenge/opportunity facing Gates and other philanthropies: how to deploy the foundation’s endowment itself (in this case, the $40 billion that is under Gates’ immediate control) most effectively for its mission. The foundation has already stuck its toe tentatively into the “impact investing” waters. In so doing, it recognizes implicitly that some “market-returning” investments are more valuable for society, or for the things about which Gates’ cares, than are mission-blind investments. An opponent of this approach could say that the lack of “flow” for the relatively small-scale private equity deals that typify the emerging field would make it nearly impossible to assemble a meaningful complement of impact investments for such a large endowment. Further, the opponent might point to the risk inherent in a portfolio made up primarily of such investments—if they could be found in sufficient quantity in the first place.

But a more conscious “impact investing” intention across its portfolio need not constrain Gates’ participation in the area nor increase the risks it faces. All enterprises, including every public company, contribute (both positively and negatively) to society’s regenerative capital—and all of our enterprises, at one level or another, are impact investments. Judged in terms of their “net contribution,” our enterprises occupy a broad continuum, from net negative (depleters) to positive contributors. By applying its own values to these calculations, Gates could build a low risk portfolio across the full population of small and large enterprises that more nearly matches its views of the needs of a future world. It will take a lot of work to develop the protocols and information to support such judgments, but Gates, under the leadership of our greatest investor, Gates trustee Warren Buffett, is very well situated to address this challenge through its own research, its relationships with investment intermediaries, and its own grants program.

Gates must double down to find ways to deploy its resources (grants and investments) in significantly greater quantity, if it is to fulfill its pledges. With the need so vast and the unfunded talents so great across the social and business sectors, Gates has an historic opportunity to be strategic, effective, and transformative. To seize the opportunity, Gates must escape the confines of traditional institutional philanthropy. Let us hope it does.

Arthur “Buzz” Schmidt is principal of Building Wherewithal LLC, founder of GuideStar, and chair of the F.B. Heron Foundation.