Papal Address Contains Much on Poverty and Income Inequality 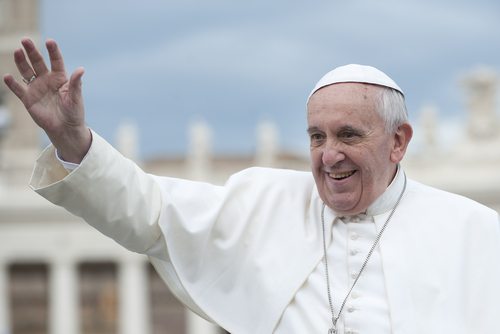 The Pope’s New Year’s address had as its theme “fraternity,” but his interpretation of that focused on inequality and human rights violations as violence. I will leave it to much more learned people to interpret the speech, but here are some excerpts.

“In many parts of the world, there seems to be no end to grave offenses against fundamental human rights, especially the right to life and the right to religious freedom. The tragic phenomenon of human trafficking, in which the unscrupulous prey on the lives and the desperation of others, is but one unsettling example of this. Alongside overt armed conflicts are the less visible but no less cruel wars fought in the economic and financial sectors with means, which are equally destructive of lives, families and businesses.

Globalization, as Benedict XVI pointed out, makes us neighbors, but does not make us brothers. The many situations of inequality, poverty and injustice, are signs not only of a profound lack of fraternity, but also of the absence of a culture of solidarity. New ideologies, characterized by rampant individualism, egocentrism and materialistic consumerism, weaken social bonds, fuelling that ‘throwaway’ mentality which leads to contempt for, and the abandonment of, the weakest and those considered ‘useless.’ In this way human coexistence increasingly tends to resemble a mere do ut des, which is both pragmatic and selfish.”

And on income inequality:

“One also sees the need for policies which can lighten an excessive imbalance between incomes. We must not forget the Church’s teaching on the so-called social mortgage, which holds that although it is lawful, as Saint Thomas Aquinas says, and indeed necessary ‘that people have ownership of goods,’ insofar as their use is concerned, ‘they possess them as not just their own, but common to others as well, in the sense that they can benefit others as well as themselves.’”

The Pope also decried our tolerance of such stuff as war and human trafficking.—Ruth McCambridge