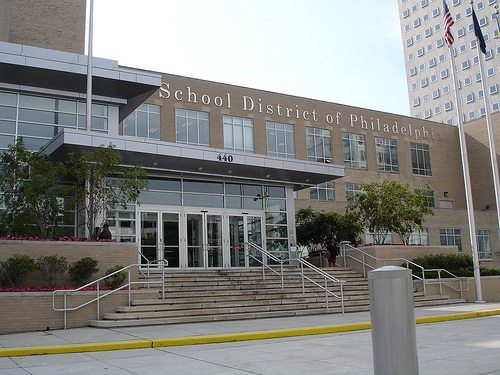 Some ordinary citizens are crying foul on what they say is a philanthropic attempt to buy public policy. Parents United for Public Education (PUPE) has gone to the ethics board for the City of Philadelphia to complain that the William Penn Foundation and the Boston Consulting Group have used large donations to gain undue access in closed-door meetings and, as a result, have over-influenced school policy. PUPE claims that the foundation and the consultants have advocated for closing under-enrolled neighborhood schools while promoting charter schools. PUPE asserts that “no such access has ever been afforded to parents and community members who had to settle for limited information and public meetings.”

But the complaint is based on the fact that some of the donations that led to the development of the unpopular plan have remained undisclosed. After William Penn gave the school system a $1.5 million grant last year to hire the Boston Consulting Group, the foundation publicly invited others to donate $1.2 million for additional consulting. The additional contributions, some of which were anonymous, flowed through a third party and that reportedly enabled the Boston Consulting Group to working for the district without a direct contract. All of that raises questions about the possibility of whether donations may have bought undue influence for private interests.

The involvement of deep pocket philanthropists in public education is a national trend of concern to many. While some might say that cash-strapped public schools should be grateful for the money, Kenneth Saltman, an education professor at DePaul University in Chicago, asks, “Is it fair for a small number of really rich people to take over educational policy-making?” According to this article, Jeremy Nowak, who led the William Penn Foundation during the time period in which the education reform proposal was formed, “abruptly left the foundation days before the complaint was filed.” “If they had funded the district directly,” Helen Gym, a Parents United member said, “we wouldn’t have the basis for a legal complaint.”

NPQ has previously noted related cases in New Jersey, where the American Civil Liberties Union won a lawsuit that forced the disclosure of details about Facebook’s $100 million donation to Newark schools—and where the Broad Foundation made a $430,000 education grant contingent upon Gov. Chris Christie staying in office. In Philadelphia, this isn’t the first time that we’ve seen ethical questions surrounding the interplay of anonymous private money in the schools. In 2011, private contributions were solicited to help the system buy out the contract of then-Superintendent Arlene Ackerman. Some of those contributions were also anonymous. –Ruth McCambridge