“Persecuted Philanthropists” and the Great Unwashed Public Who Criticize Them 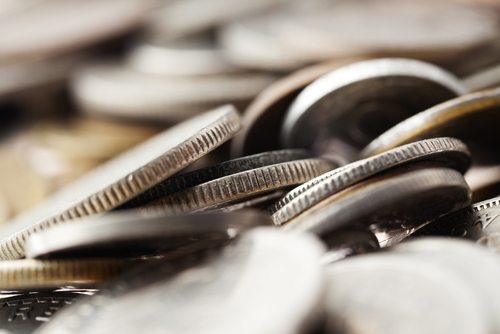 Benjamin Soskis wrote an article in The Atlantic entitled “The Importance of Criticizing Philanthropy” in which he contributes some insights into the melee regarding the positive and negative aspects of billionaire philanthropists making investments in public policy and public systems. He begins by referencing a recent op-ed by John Arnold entitled “Attacks and Vitriol Will Not Deter Me From Supporting Fixes to Public Policy,” where Arnold complained about the intensely personal attacks aimed at him as a result of investments he has made in issues like pension reform where he tends to favor reform that would cut pensions.

Soskis writes that this type of bemoaning one’s fate by billionaires who feel that they are misunderstood is becoming unbecomingly common. “Yet,” he writes, “in the midst of this latest Gilded Age, as the prerogatives of concentrated wealth march onwards with little resistance, an aggressive—even at times an antagonistic—engagement between the public and their benefactors shouldn’t be considered a mark of incivility. It should be considered a democratic imperative.”

Of course, as Soskis documents here, our skepticism about the motives of outrageously rich philanthropists is not at all new, but it had enjoyed a bit of a “balmy” break at the end of the last century when, he says, philanthropy was being given the benefit of the doubt. But, he writes, “There is now a significant and vocal faction willing to call philanthropic ambitions into question. In part, the pushback can be traced to the nation’s mounting uneasiness with income inequality and to the spread of an economic populism that refuses to regard the concentration of wealth charitably.” That growing inequality has also resulted in more rich who have more to give and, thus, can wield more influence in resource-scarce times.

He suggests that this distrust is fed by philanthropic involvement with the government. “Whereas once philanthropy could comfortably pose as a disinterested provider of expertise and analysis, holding itself at a safe and decorous remove from the partisan fray, the hyper-partisanship that has infected politics in the recent decade has made that self-image impossible to sustain.”

So, back to Arnold, Soskis details the Arnold Foundation’s involvement in trying to reform state-based public pension systems, which includes the funding of a PBS documentary and a report by the Brookings Institution and Pew Charitable Trusts.

“Critics like [PandoDaily writer David] Sirota noted the ways in which Arnold’s philanthropic campaign converged with his broader political efforts to promote pension reform, particularly his funding of state-based policy advocacy groups, ballot initiatives and electoral campaigns. The PBS series, for instance, touted a California ballot initiative that Arnold was funding; the Brookings report cited favorably the work of a politician who served as a policy consultant for Arnold, and promoted the work of a Rhode Island advocacy group bankrolled by Arnold as well. Arnold’s detractors have also pointed out that, far from providing a balanced perspective, the research he has funded has staked out a strong ideological position; it has overstated the threat that state and municipal public pensions pose to the nation’s fiscal health, they charge, and has neglected to mention that public finances would enjoy a greater boost from slashing corporate subsidies and tax breaks than they would from denying firefighters and teachers the full pensions promised to them.”

In the end, “given the power that private philanthropy can wield over public policy,” writes Soskis, “a spirited, fully-informed public debate over the scope, scale, and nature of that influence is a democratic necessity. It’s our closest approximation of holding our mega-donors accountable.”—Ruth McCambridge