Persistence, Passion, and a Merger Save a Theater 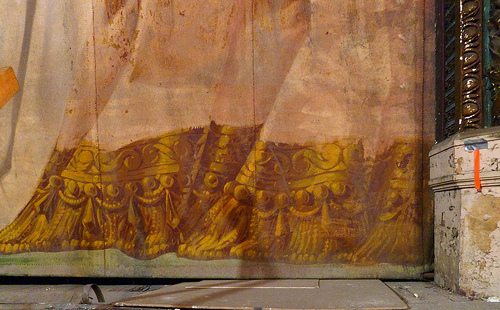 In January, NPQ reported on a theater in Billings, Montana that had fallen into a financial morass with debt and unpaid creditors, including the IRS. At the time, I suggested that, although clearly the organization had been mismanaged and inadequately governed, it appeared to have a good deal of social capital and a board who declared themselves committed to making good on all obligations. We wrote then that we would not be at all surprised to see the small group pull through:

“The Independent Record describes its current situation as a ‘tied to the train tracks scenario,’ but when one looks at what is owed, one may wonder how those in charge didn’t notice the train bearing down for the last two years. Venture owes approximately $120,000 to $130,000, including $60,000 in payroll taxes, payments on its building, and payments on a revolving loan from the city of Billings that have not been made in a year. Meanwhile, the organization fired its executive, but where oh where was the board during all of this?

Granted, this is a largely volunteer organization, but it did have expenses of approximately $500,000 last year and the board is ultimately responsible for the prudent oversight of that. Still, the board is stepping up, taking responsibility and vowing to pay off all creditors. The problems came to light when the board decided to hire an accountant for the first time in a number of years. Darci Hertz, the accountant, said that Venture’s board members were not in the habit of approving the group’s IRS Form 990 statements.

But, reading behind the lines, there may be a good deal of hidden non-cash capital here, because there have as yet been no liens filed against the nonprofit and it has to date managed to raise about $30,000 through community donations. An unpaid interim director has been named and the organization seems poised to weather this storm—albeit a storm that might not have been so bad were it not for the board’s prior inattention.”

According to this article, after a little over four months, the board has paid all of Venture’s outstanding debts to the IRS, the city of Billings, and the building’s owner. Board members themselves made donations to erase the debt. Also, this spring, Venture Theatre announced plans for merging with Rimrock Opera Company to form the NOVA Center for the Performing Arts. By what is apparent, this is a very impressive and honorable comeback.—Ruth McCambridge