Personal Art Collection or Tax-Exempt Museum? The Rules Are Vague 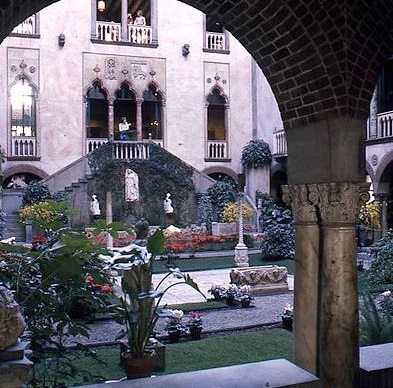 The New York Times reports that super-wealthy art collectors are establishing increasing numbers of limited-access, tax-exempt museums. These exclusive museums are often located on or near the property of the collector and offer the opportunity to have taxpayers subsidize and maintain multimillion-dollar purchases without providing the public much benefit.

This issue connects to our recent coverage of the increases in philanthropy to elite institutions, but the IRS rules are unclear on what qualifies a private museum for a federal tax break, although most experts would agree that public access is an important consideration.

The author of this article thinks the question must be seen in the context of a larger set of concerns about the wealth gap. Patricia Cohen writes, “At a time when concerns about inequality have heightened criticism of government policies that favor the wealthiest sliver of society, these tax breaks have come under sharper scrutiny.”

Robert Storr, dean of the Yale School of Art, says, “I’m not against it being done, but it’s got to be done well. If there’s to be a public forgiveness for taxes there should be a clear public benefit, and it should not be entirely at the discretion of the person running the museum or foundation.”

Of course, such museums in former private residences are not unusual. The quirky Isabella Stewart Gardner Museum in Boston, the embattled Barnes Foundation in Philadelphia (although it has since been moved from its original space), the Frick Collection in New York, and the Phillips Collection in Washington are all well-respected examples of such collections that do, in fact, host tens or hundreds of thousands of visitors every year.

On the other hand, Mitchell and Emily Wei Rales are said to have one of the world’s best collections of postwar art by such masters as Alberto Giacometti, Willem de Kooning, and Jackson Pollock. (Mitchell Rales is the founder of the global Danaher Corporation.) Their Glenstone museum in Potomac, Maryland, founded in 2006 and with assets of more than $702 million including the art, is separated on a historic estate from the residence of its founders by only a duck pond. It hosted but 10,000 visitors between 2006 and 2013; only small, accompanied groups can visit it, and then only by appointment. In fact, the museum is now closed to the public until June, having just concluded its most recent exhibition.

Similarly, the Hall Art Foundation in Reading, Vermont, also founded by a wealthy CEO, Andrew J. Hall of Astenbeck Capital Management, closes to the public between December and May. The museum opened recently, in the fall of 2013, and has only hosted 1500 visitors but has $38 million in total assets.

“The basis for a museum being a tax-exempt nonprofit is that it’s educational, but to be educational, you have to provide access to the public,” said Lloyd Mayer, a professor at Notre Dame Law School. “The question is, ‘What is enough?’”

Marcus S. Owens, the former director of the IRS Exempt Organizations Division, says that the IRS is concerned about locations “physically adjacent to the owner’s home or office” because it implies that the art is more for the enjoyment of the owner than the public. “Those strike me as too clever by half,” he said.

Owens made reference to one case where tax-exempt status was revoked for a collector who claimed the sculptures near his pool were available for public viewing: “The fact that no effort was made to advise the general public of the availability of the garden through publicity or signs on the premises,” the IRS said in its 1987 ruling, “indicates an attempt to control and limit the size and timing of groups visiting the property.”

Inviting small groups for private viewing was not seen as sufficient. But there are loopholes. Private operating foundations can qualify for a tax exemption without allowing visitors, and lending out works, giving grants, or making a collection available to researchers can also qualify an organization for tax exemption.

Ralph E. Lerner, a co-author of Art Law: The Guide for Collectors, Investors, Dealers and Artists, says you do not need to provide public access necessarily, but, he emphasized, “you’ve got to obey the rules,” such as keeping the art out of your home when it is not on loan. “Don’t tell me you’re having one dinner party and moving it over for two hours.” (Collectors used to be able to donate works to a museum while remaining able to keep the art in their homes while they were still alive. A change in the tax law in 2006 outlawed that practice.)

The Art Law guide advises that a private operating foundation may be perfect “for a collector who wants the tax benefits of donating his art collection yet cannot cope with losing total control over the collection.” Lerner says that applying the tax code “in a creative manner…gives the ability to have your cake and eat it too.”

Lerner disagrees that setting up these museums on donor estates is abusive of the law. Pointing to the Frick and the Isabella Stewart Gardner Museum in Boston, he said that the institutions, once built, could become more open over time. “If you take the long view,” he said, “I think it’s good for the arts.”

If you take the short view, however, this practice looks like one more way to live very high on taxpayer dollars.—Ruth McCambridge