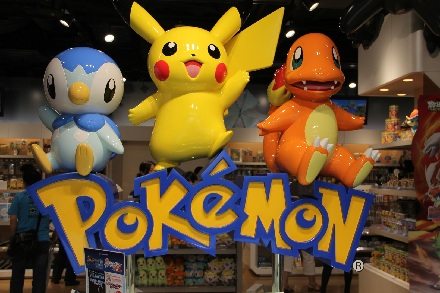 Yes, it is true that People for the Ethical Treatment of Animals (PETA) is attacking Pokémon for cruelty to animals. It’s hard to believe. Not long ago, PETA attacked Mario from the Super Mario Bros. video game for wearing fur. The animal rights group timed the release of its criticism of the purported animal cruelty of the Pokémon game (and its release of a Pokémon parody called the Black and Blue game) in time for Nintendo’s release of the Pokémon Black 2 and White 2 games this week.

PETA’s website described the rationale for Pokémon Black and Blue in this short statement on the game page: “The amount of time that Pokémon spend stuffed in pokéballs is akin to how elephants are chained up in train carts, waiting to be let out to ‘perform’ in circuses. But the difference between real life and this fictional world full of organized animal fighting is that Pokémon games paint rosy pictures of things that are actually horrible.” We’ve seen somewhat more compelling arguments from PETA before, unfortunately.

Some of us who have lived with children who have played Pokémon obsessively would be hard-pressed to make an argument about Pokémon’s cruelty. PETA’s thinking, we guess, is that Pokémon are a weird sort of animals that live alongside of and are owned by anime human trainers who train the Pokémon to battle in competitions. Could it be that this is Japanese anime channeling the dog-fighting kennels of Philadelphia Eagles quarterback Michael Vick? Or is it more like a cartoon version of the Japanese martial arts such as judo, karate, kendo, and sumo (the short and chubby Pokémon do look a little like reduced sumo wrestlers). Unlike dogfighting, Pokémon battles steer away from explicit violence, have no blood and gore involved, and no one ever dies. In fact, like Japanese martial arts, Pokémon continually emphasizes (sometimes in way over-the-top fashion) concepts of honor, fair play, sportsmanship, and compassion.

Unlike the names typically given to fighting dogs, Pokémon have vicious sounding names like Pikachu, Charizard, Jigglypuff, and Squirtle. If PETA was looking to criticize animal video games full of violence and death, it could probably have examined Nintendo’s Duck Hunt or Cabela’s Big Game Hunter game series, but we suspect the critique of Pokémon Black 2 and White 2 originated in PETA’s affinity for grabbing headlines. If it was attention that PETA wanted, they got it via social media. Twitter and Tumblr have been awash with people lampooning this latest PETA initiative. Here is a sampling of comments from Twitter:

@HaplassMoran I knew those darned Pokémon were up to no good! Leave it to PETA to set us all straight on their true intent.

@Craigums As a long time vegan, I always feel the need to apologize when PETA acts stupid so on behalf of normal vegans “Sorry for PETA’s Pokémon BS”

@DepressedDarth PETA says Pokémon promotes animal abuse. They added that Star Wars was also to blame for most cases of ewok abuse.

@JesuOtaku PETA is eager to prove that they DO TOO have a sense of humor by making a joke *fifteen years too late.*

In the world of nonprofit branding and public relations, sometimes there is no such thing as bad news, so long as you get the attention and coverage and your name is spelled right. The explosion of commentary on social media simply affirms PETA’s strategy of getting plenty of attention, even if Pokémon isn’t exactly the clearest target for protesting animal abuse. But PETA is tweeting away too, showing a deft touch for headlining to get maximum exposure. As PETA tweeted, “the reason to play the game is to ‘free Pikachu and his @Pokémon friends as they struggle for Pokémon Liberation!’”

Give credit where credit is due. You might think that PETA ought to be addressing other kinds of animal abuse rather than the alleged fictional abuse of Pokémon characters, but you know at once that PETA is sharp at honing its profile and getting lots of attention.—Rick Cohen