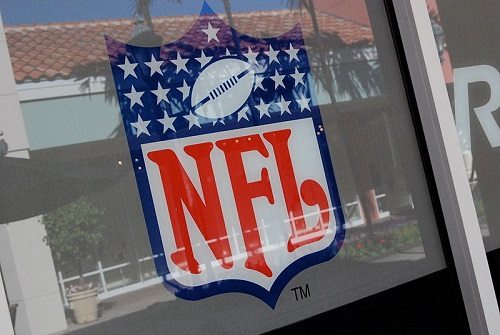 As of Tuesday morning, nearly 201,560 people have already signed a petition demanding that Congress revoke the tax-exempt status of the National Football League. The petition says the NFL is the “most profitable sports league in the world” and points to top officers who earn tens of millions of dollars a year.

This is not the first time critics have said that the NFL is hiding under a nonprofit status in order to avoid paying federal taxes. They have long complained about the salary of Commissioner Roger Goodell, who earned $29.5 million in 2011.

The National Football League is classified as a “business league,” which is why it merits 501(c)(6) status. Although the 32 individual teams are for-profit ventures (and are very profitable), the league itself, as a trade association, pays no corporate taxes, because it doesn’t technically make a profit. The NFL is required by law to direct its revenue (reportedly more than $255 million in 2011) back into its operations—but there is nothing to prevent it, or any similar organization, from paying exorbitant executive salaries, splurging on lavish office space, or conducting big marketing campaigns.

In September, just in time for the season kickoff, Sen. Tom Coburn (R-OK) introduced a bill to deny tax-exempt status to sports leagues that make more than $10 million a year. In addition to the NFL, this proposal would also apply to the National Hockey League and the PGA Tour. The Times says that Coburn calls these leagues “unmistakably organized for profit and to promote their brands.” The NFL’s tax-exempt status is not an industry standard. Major League Baseball gave up its nonprofit status in 2007, and the National Basketball Association has never been one.

The NFL petition, written by Lynda Woolard of New Orleans, was launched on Change.org. It says that “the NFL has methodically worked to shift all the power to their side, leaving players, employees and PARTICULARLY THE FANS little say in what goes on with the league.” Created in 2007, Change.org is one of the fastest growing social action sites on the web.

With hundreds of new petitions received daily, a great number of Change.org petitions have a small impact, if any. However, in some cases, Change.org has hosted petitions of some significance. For example, its most famous petition came in March of 2012, when 2.2 million people signed a petition calling for the prosecution of George Zimmerman in the shooting of teenager Trayvon Martin in February. In April, Zimmerman was finally arrested and charged. Other influential change.org petitions have included petitions to get Bank of America to drop its planned $5/month fee for debit card users and to ask Sallie Mae to change its forbearance fee policy. The NFL could be surprised by the power of a Change.org petition that gathers hundreds of thousands of signatures.

Like-minded businesses have been forming mutual benefit societies and trade associations like the NFL for years, and many toil on anonymously in support of their memberships. But where do you draw the line between legitimate nonprofit activity that promotes the public’s welfare and blatant self-promotion with the sole objective of making more money for a very small group of individuals?—Larry Kaplan