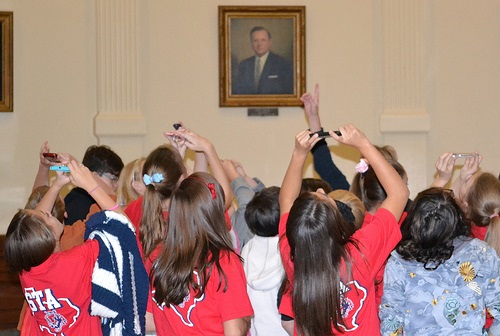 The ways young people stay connected are constantly changing. A recent study from Pew, surveying American teens on their online activity, shows some predictable and less predictable trends in how younger people are using technology.

This is the first year Pew has surveyed teens online; in the past, all of their work involved surveying teens by phone. The survey results show that when it comes to social media activity, Facebook, Instagram, and Snapchat were the most frequently used social media platforms. The chart below depicts what networks are used most often by young people aged 13–17: 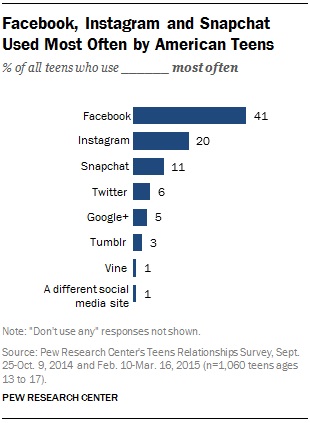 Some interesting findings from the Pew Research Center:

Youth are continuing to diversify the social streams they use to engage. Pew found that seventy-one percent of teens use more than one social network site. Increased use of smartphones is a significant driver for many of these behavioral changes in how teens use technology to communicate. Eighty-eight percent of surveyed teens have access to mobile devices, and the typical teen sends and receives an average of 30 texts per day. It’s important to note that these trends in mobile use could lead to a larger gap in the social divide, which is reflected in how the social media behavior of teens varies based on household income.

Nonprofits looking to engage youth should look closely at these study findings, research ways to encourage donations through messaging and mobile devices, and make sure they are incorporating the most popular social networks used by the younger generation into their communication strategies.—Aine Creedon