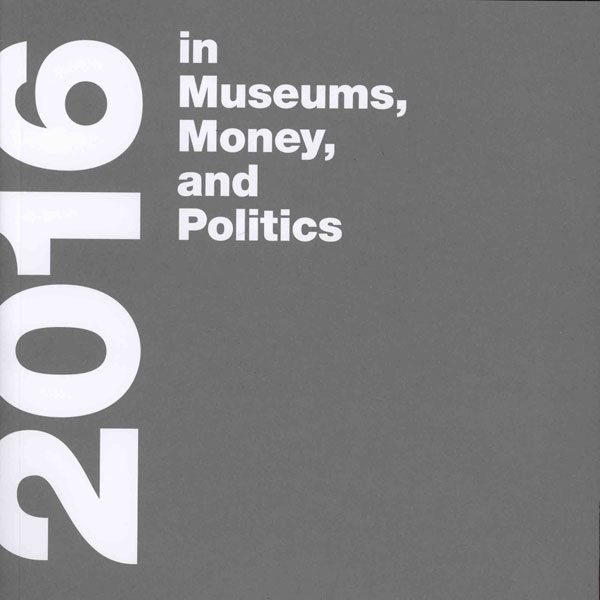 As we navigate a world marked by extreme income inequality, a declining middle class, and constant cries of “fake news,” it is high time to revisit the relationship between nonprofits and government, as well as the role of museums as educational institutions in a democratic society. In the past, the conversation about public education has largely focused on K-12 schools, while overlooking other critical public and nonprofit institutions such as museums and libraries. However, like our government, these institutions are pillars of our democratic society. Alas, museum operations often reflect the same values as our government in an increasingly disadvantageous way. And, part of the reason for this parallel is the common lack of diversity among political donors and nonprofit board members. More and more, the same people who foster undemocratic practices in government are also acting similarly on nonprofit boards.

As a nation, we have always recognized the importance of public education as a pillar of our democracy. Horace Mann, credited as the father of public education, famously said, “Education…is the great equalizer of the conditions of men, the balance-wheel of the social machinery.” The logic follows that with an equal academic foundation, all people will be equipped to sufficiently form and defend their values, the very basis of a democracy. Additionally, an equal education provides everyone with the same opportunities to succeed economically—in theory.

However, in his recent book, The Common Good, Robert Reich discusses how the effects of a strained economy have deteriorated society’s regard for equal and public education: “Education is now viewed mainly as a private investment rather than a public good…with inequalities of income and wealth wider than they have been in over a century, parents and children face the daunting possibilities of unprecedented riches for those with the ‘right’ education, or squalor for those on the losing track.”

Naturally, in an attempt to restore economic fairness, the US should restore its public education system. Unfortunately, a lack of consistent public education is merely a symptom of a larger erosion of democratic principles.

Andrea Fraser, author of 2016 – In Museums, Money, and Politics, states, “Social scientists and other observers of politics…conclude that our system of government is no longer a democracy—government by the people through elected representatives. Instead, the United States has become a plutocracy—government by the wealthy.” As elected officials increasingly prioritize the acquisition of wealth, nonprofit institutions follow. And as the wealthy find increased power and influence in political contributions, they find the same in philanthropic donations. Just as Donald Trump assembled “the wealthiest cabinet in U.S. history,” nonprofits have assembled some of the wealthiest, and most politically influential, boards in history.

In the book’s study of 5,458 individual board members, over 42.5 percent made political contributions over $200 (the threshold for reporting). These individuals made over 36,000 political contributions. For perspective, less than one percent of the adult American population gives more than $200 to political campaigns. The same individuals, as nonprofit board members, are often called upon to donate to their respective nonprofits or cultivate donations from affluent friends and colleagues. As the wealthy doubled their wealth between 1984 and 2016, donations to cultural institutions grew from $3.85 billion to $18.21 billion. The same people influencing political policy tend to be the same people influencing the decisions of major cultural institutions, and they don’t represent the common American.

In January 2018, and even as early as November 2015, NPQ examined museums that seek to increase admission prices or begin issuing them as a requirement. Institutions such as the Metropolitan Museum of Art recently introduced new admission rate rules. In the past, The Met had a policy of “pay-as-you-wish,” which has been backed by the City of New York since 1893. In January, the museum changed its rules to exclude non-New York residents from the pay-as-you-wish option. Other museums, such as the Museum of Science and Industry, the Chicago History Museum and the Los Angeles County Natural History Museum, all raised their admission prices at the beginning of 2018. Each institution cited rising operation costs as their justification for charging higher admission. However, we already know that donations to cultural institutions from the wealthy have increased. Where is that money going?

Unfortunately, as Fraser explains, many museums “have become prominent public showcases of highly concentrated private wealth,” and funding is largely used for “new museums and museum buildings, high salaries for senior staff, and the purchase of art at skyrocketing prices.” When museums place so much emphasis on celebrating wealthy donors with galas and building names, it is hard to determine whether a donor is motivated by sincere philanthropic values or the allure of preserving one’s legacy. As such, the public shoulders the financial burden of rising operating costs while wealthy donors receive parties in their honor (and a tax refund in April).

Some museums have separated from this backwards style of administering public resources by offering free admission all the time, and they can attest to the value of doing so. Just this week, the Wall Street Journal spotlighted a handful of New York museums which operate far differently than The Met, such as the Bronx Museum of the Arts, the American Folk Art Museum and the National Museum of the American Indian. Rather than paying admission, guests typically spend their money at the gift shop or a donation box. According to the Association of Art Museum Directors, “gate receipts account for just six percent of the average museum’s revenue,” and evidence shows that museums with free admission have much higher turnout, and thus a broader reach. Ultimately, a nonprofit educational institution’s goal should be to reach and educate as many people as possible, not just those who can afford it.

We find that in our current environment, wealthy donors become wealthy board members, who make museum policy decisions based not on the input or experiences of the common American, but on a privileged perspective understood only by a very small portion of the general population. This follows the current structure of government, in which wealthy campaign donors receive cabinet positions, thus gaining access to political decision-making; or the tax system in which multi-billion-dollar corporations receive tax cuts, while individual taxpayers shoulder the burden. As public, educational institutions, museums may reflect present-day American government corruption, but still have a responsibility to rise above. By responding only to the interests of society’s most affluent, in Fraser’s words, “voters have been marginalized culturally and economically, as well as politically, by a plutocratic society and its institutions, including many cultural institutions.”

While citizens can elect public officials, they do not elect those who curate the nation’s culture and history. In order to fully appreciate their role as public resources of education, museums should consider cultivating donors who value alleviating the financial burden of museums from individuals, and diversifying their boards to reflect their communities at an economic level.—Chelsea Reichert