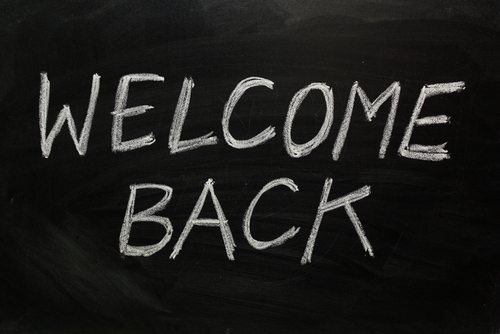 Forbes presents an article that is intriguingly titled “Murder and the Reinvention of Community Philanthropy.” When you get into the guts of the article, however, its import is questionable, although we may be missing something.

In 2008, seven-year-old Hser Ner Moo, a Burmese refugee, went missing and was found brutally murdered in another refugee’s basement. This was evidently a focusing moment in the life of that community in which many stood back for a moment to take stock in the collective nonprofit responsiveness to the refugee community. It was also a moment not so unlike many others experienced elsewhere, and the response was not so very unusual either. In fact, it exhibits the kind of constant redesign of our work that the world necessitates, especially a world where demographics call us to new and richer approaches.

Apparently, things did change. The Granite School District, the Utah Food Bank, the Boy Scouts, the Bennion Center at the University of Utah, 4-H and the local United Way partnered together to open the Woodrow Wilson Community Learning Center in 2009. Today, the Center is immensely diverse and members in the community speak over twenty languages. The Center provides before-school and after-school programming along with ESL programs, yoga and women’s support groups for adults in the community. The United Way has also “coordinated” the establishment of another community learning center within the apartment project where Hser Ner Moo lived and it reportedly has an impressive list of adult education programs available for residents.

The United Way of Salt Lake was already shifting to a new model in which organizations submitted cooperative proposals instead of competing against one another for funding, and in 2010, they rehauled their whole system to make that a requirement for all proposals. This was described as reinventing the model for “community philanthropy,” an effort that started about ten years ago with pilot projects.  In 2010, The United Way of Salt Lake shifted all of their efforts to the new model and this article links that effort somehow to the murder.

As is reported here, “Under the old model, nonprofits approached United Way for grants to fund their programs. Each organization measured and defended its own results. Under this model, each agency competed with the others for money and often provided overlapping services…With the new model, agencies were required to submit cooperative proposals. The first year that they were required to submit cooperative proposals, none of the proposals were actually accepted. The United Way required the applicants to go back and work more cooperatively to address community needs.” This is the transformed new “community philanthropy” model that is now being written up in Forbes.

NPQ does not argue with the concept of creating comprehensive and cooperative services for increasingly diverse communities. In such communities, problems are and always have been interconnected and people live as people, not as a collection of problems. But we worry a bit about how much of this story is just an old set of ideas recast and rebottled. There is actually nothing wrong with an old set of good ideas but we would have liked the story better if: 1) it had not been so breathlessly promoted as a new concept; 2) there was some discussion of the community’s part in designing the response; and 3) it had not used the murder of a young woman to make its point.

At the end of this article we have Rebecca Dutson, executive director of the United Way of Salt Lake City, commenting, “Working with committed individuals and corporations to create meaningful and measureable change in communities where the need is greatest is inspiring. Together, we are literally changing the odds so every child has the same chance to succeed in school and life. It’s a privilege for me to be a part of this transformational work.” Sounds eerily familiar. –Ruth McCambridge and Aine Creedon