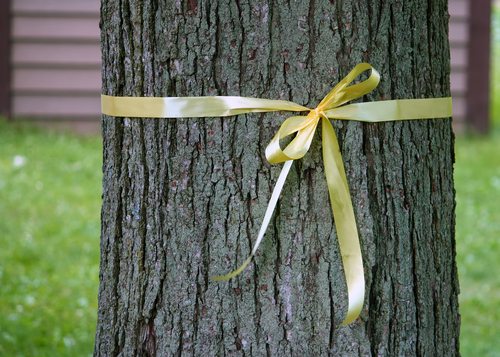 Faced with the array of multiple charities ostensibly assisting veterans, how would a donor know which ones are legitimate, effective, and capable of delivering what they promise? More importantly, how can veterans know whether the charities offering to help them can really perform and not leave them high and dry? And how many veterans-serving charities are one-and-done operations without long-term sustainability?

The Philanthropy Roundtable, with the Council on Foundations, the Aspen Institute Program on Philanthropy and Social Innovation, and the George W. Bush Institute as co-sponsors, convened a donors-only (except for the speakers) event on philanthropy for veterans on Monday that raised a number of issues regarding the extent and quality of services for veterans. We are prohibited from quoting speakers without their permission—and there were lots of speakers—so we will simply highlight what struck us as distinctive and important about the lessons that these grantmakers and their grantees learned.

As an entity promoting a conservative vision of philanthropy, the Roundtable participants got to hear a lot about the importance of government funding. Despite the cascading bad news in the press over the disastrous maladministration of the Veterans Administration, the speakers were generally relatively solicitous of the VA. The VA is the big money in veterans services, cannot and should not be ignored or circumvented, and needs supportive partners to fix its operations. It may need help in reaching veterans, as many of the younger ones steer clear of the VA on their return home, but it isn’t to be discarded. In fact, some legal services organizations, including entities in Connecticut and New York, have co-located in VA facilities in order to have better access to veterans in need.  When a critic from the audience suggested that, between the VA and other federal agencies with programs for veterans, there might be $500 billion flowing ineffectively to veterans who might be better served if they were each given $50,000 checks, the panelists clearly demurred.

One speaker with a strong presentation on analysis of the veteran-service structure described the City of New York as an exceptional and “malleable” funder, in sharp contrast to the typical view of government funders as rigid and immovable. The problem with drawing from the example of New York City is that as a funder New York City is among the largest human services funders on earth and has created a proven infrastructure of programs that can be built upon rather than requiring approaches to be built anew. For smaller municipalities with less robust service infrastructures, the malleability and openness might be there, but the resources won’t.

Part of the challenge is in helping veterans navigate the array of providers. One speaker described her organization’s efforts to train service providers about the culture of the military and to train military organizations and veterans charities about the dynamics of service providers—a mutual “cultural competence” of sorts. Another mentioned that the best charities to deliver services to veterans might not need the word “veterans” in their names, but needed to better know the needs, priorities, and culture of the veterans population they might serve. A number of concerns emerged about well-intentioned veterans charities not being able to deliver on their promised services.

Several speakers described returning veterans as a response to labor shortages, particularly in technical areas. The strategy that many speakers touched on was that veterans could be helped to adapt their military training and skills to the private sector, sometimes needing only a little “topping off” training. Striking, however, was the notion, repeated by some speakers and others, that Post-Traumatic Stress Disorder (PTSD) was being exaggerated and overhyped in its extent and persistence among veterans causing difficulties for their access to jobs. As spotlighted in television shows like the episode of Dr. Phil on the subject of PTSD generously titled “From Heroes to Monsters,” post-9/11 veterans find themselves unfairly stigmatized and therefore denied opportunities for a successful reintegration into life in the States.

Philanthropy doesn’t always get to the problems of the day, but there is no question that foundations and charities such as the Robin Hood Foundation, the Blue Shield of California Foundation, and Swords to Ploughshares, among others, are addressing the challenges faced by returning veterans with creativity, collaboration, and intelligence.—Rick Cohen