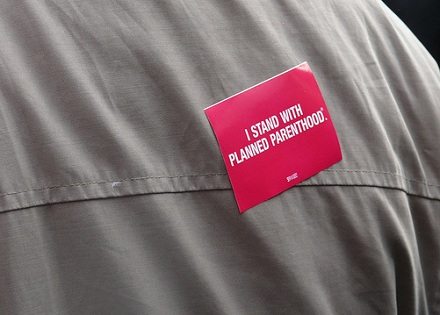 On August 2nd, an Arizona law is scheduled to go into effect that would prohibit the state’s Planned Parenthood from receiving funding because one of the services that the nonprofit health clinics provides is abortions. On Monday, Planned Parenthood Arizona filed a lawsuit to block enforcement of the law. The lawsuit is aimed at producing an injunction similar to those that have been issued on behalf of Planned Parenthood in five other states: Indiana, Kansas, North Carolina, Tennessee, and Texas. At the heart of the lawsuit is the idea that, in the wake of Roe v. Wade, abortions are constitutionally protected services, and thus it is illegal to punish Planned Parenthood for offering those services.

“It is wrong for the state to tell Arizonans who they can and cannot see for their healthcare. The men and women on this state have the right to see the healthcare provider they deem is best for them,” said Planned Parenthood Arizona President and CEO Bryan Howard.

Cecile Richards, president of the Planned Parenthood Action Fund, links the law to a nationwide campaign on the part of many conservatives to try to shut down Planned Parenthood. “We’re in court and in legislatures in almost every state in the country,” she says. “It has just gotten crazy. This is what I hear from women—Republican women, independent women—all over the country: They cannot believe that the Republican Party leadership is on a crusade to end birth-control access in America.”

According to Reuters, “Planned Parenthood says abortions account for only three percent of its services, which include cancer screening and birth control.” But Elizabeth Graham, the director of Texas Right to Life, says that anti-abortion groups are not going to stop attacking Planned Parenthood’s funding. “We’re making sure that we’ve found all the money, and we’ll take it away if there’s any left,” she says.

Some have labeled the attacks on Planned Parenthood a Republican “war on women.” Whether you buy that characterization or not, the birth control battle hardly seems like one that most Americans are interested in continuing. A March Bloomberg National Poll found that, when asked about the new federal health care law’s mandate that employers cover access to birth control, respondents “overwhelmingly” saw the issue as “a matter of women’s health, not religious freedom,” and 77 percent of respondents said, according to Bloomberg, that “the topic shouldn’t even be a part of the U.S. political debate.”

NPQ will be interested to see what plays out in Arizona. As we documented earlier this year, the last entity to launch a high-profile attack on Planned Parenthood—Susan G. Komen for the Cure—didn’t make out so well. –Mike Keefe-Feldman