Pope to UN: Hunger will Not Abate until Slavery to Profit is Addressed 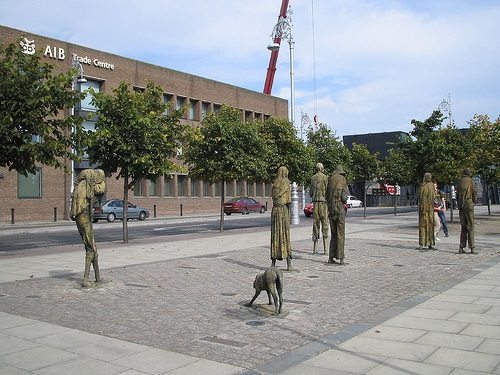 Saying that the problem of world hunger is caused not by a shortage of food, but by economic and social structures that exclude the needy, Archbishop Francis Chullikatt quoted Pope Francis as saying that it was necessary to eschew “the temptations of power, wealth, and self-interest…Hunger, like all forms of poverty, is caused by exclusion.”

Chullikatt said that hunger should be addressed as a human-rights issue, and he called for equitable distribution of food. He also said that proposed solutions to the problem of hunger must be guided by the principles of subsidiarity rather than entrusted to large global organizations. He explained subsidiarity by saying,“This principle recommends that human activities be carried out at the most local and immediate level possible, so as to maximize participation.”

In another recent message to the UN Food and Agriculture Organization, Pope Francis called hunger and malnutrition in today’s world a scandal, and condemned what he calls a globalization of indifference towards it—a tendency to look upon it as an “inevitable fact.”

In that statement, the Pope urged that “the barriers of individualism and the slavery of profit at all cost,” be broken down. “We need to re-educate ourselves in the value and meaning of solidarity, an uncomfortable word that is often put to one side.”—Ruth McCambridge