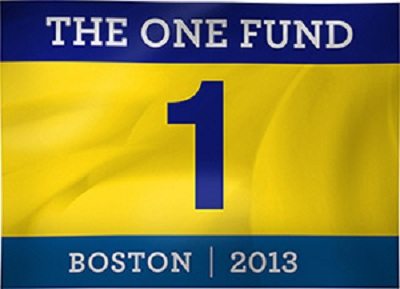 There are some power players in most localities who need only say the word to move philanthropic mountains. Obviously, Boston’s long-term mayor Thomas Menino and Governor Deval Patrick know them well, and they apparently played pivotal roles in the creation of One Fund Boston, which now holds $20 million, $14.8 of which is from New England-area brand-name corporations like John Hancock, AT&T, Bain Capital, Partners HealthCare, New Balance, and Liberty Mutual.

Who was likely making many of those calls? The magazine lists around ten people, including the head of the Boston Foundation, but the rest are industry leaders. Possibly most pivotal were Jack Connors of Hill Holiday and John Fish of Suffolk Construction. They can raise money—big money—in a hurry. The article describes Connors and Fish as “two of the very first people the mayor goes to when he wants to get a philanthropic project done.” This takes mad social capital in networks with financial capital.

As an example, the article cites the fact that Menino reached out to Hill Holliday founder Connors to help establish a summer camp for disadvantaged kids. Since then, “Connors has overseen $45 million in fundraising, building a camp in the Harbor that now serves 800 kids between 11 and 14 years old on Long Island. (Connors was also a longtime board chair at Partners HealthCare, which is one of those $1 million corporate donors.) Camp Harbor View, naturally, is run in partnership with the Boys & Girls Clubs of Boston—a nonprofit that Fish happens to be on the board of—and was built by Fish’s Suffolk Construction. (To add to the intersection of power: the Boys & Girls Club is run by Josh Kraft, son of Patriots owner Robert Kraft).”

Others who are thought to have helped with calls include Brian Moynihan (Bank of America), Paul Grogan (Boston Foundation), Steve Pagliuca (Bain Capital/Celtics), Larry Lucchino (Red Sox), and Mike Sheehan and Karen Kaplan (both of Hill Holliday). For further reference on power mapping, see Diving Into the Power Pool by Rick Cohen.—Ruth McCambridge