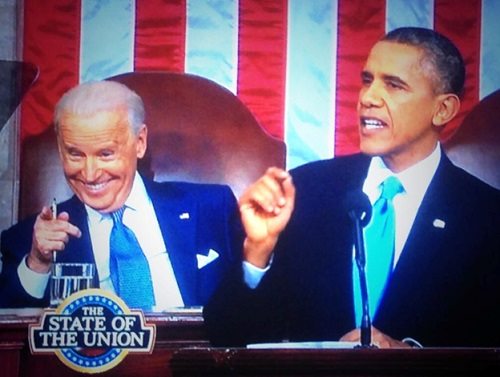 At least he didn’t sideswipe community action agencies by proposing to eviscerate the Community Service Block Grant program, as he did in 2011. President Barack Obama’s 2014 State of the Union speech, a long speech accompanied by a relatively vacuous official response by Republican member of Congress Cathy McMorris Rodgers—and unofficial responses from Kentucky Senator Rand Paul, Utah Senator Mike Lee, and, in Spanish, Florida congresswoman Ileana Ros-Lehtinen—will be subjected to all kinds of punditry. While avoiding undercutting the nation’s anti-poverty agencies, the President’s speech touched on themes of note to nonprofits, specifically initiatives aiming to reduce the nation’s currently expanding income inequality.

He lauded his College Opportunity Summit “where already, 150 universities, businesses, and nonprofits have made concrete commitments to reduce inequality in access to higher education – and help every hardworking kid go to college and succeed when they get to campus.” The White House fact sheet on college opportunity, issued earlier this month, listed a variety of voluntary efforts by colleges to increase STEM education opportunities and to try to raise more money for scholarships.

As for job creation, listeners might think they missed the President’s commitment to a new program to create decent jobs for the underemployed, the unemployed, and for labor force dropouts—but he didn’t offer one. Rather, he pledged to close loopholes in the tax code that reward employers for keeping profits (and jobs) overseas and “lower tax rates for businesses that create jobs here at home.” He anticipated, he said, that the money to be saved from closing corporate tax loopholes could be used “to create jobs rebuilding our roads, upgrading our ports, unclogging our commutes” because the best jobs, the “first-class jobs gravitate to first-class infrastructure.” In other words, the President’s job creation program depends on the tax revenue benefit from closing corporate tax loopholes that will supposedly exceed the revenue cost of giving corporations new tax breaks for keeping jobs stateside.

As opposed to across-the-board national job initiatives, the president cited his administration’s launch of two “hubs for high-tech manufacturing in Raleigh and Youngstown, where we’ve connected businesses to research universities that can help America lead the world in advanced technologies,” announced his plan for six more hubs, and said that even more could be created with pending bipartisan legislation. The model for these hubs is Youngstown, Ohio, where the White House has helped convert a former furniture warehouse into a 3-D printing center. For the existing or planned hubs launched on the White House’s own authority, the administration has offered $200 million in existing Defense, Energy, and Commerce funds to be matched by state funds, and for the proposed manufacturing hubs legislation, the President has requested an appropriation of $1 billion. While there is nothing wrong with two or eight or sixteen manufacturing hubs, the White House’s request, running up against an expenditure-resistant conservative Congress, doesn’t constitute a major step toward re-righting the nation’s employment picture with a vigorous program of new jobs.

The other challenge in employment is in preparing workers for jobs. That is what plenty of nonprofits do, day in and day out. Last year, President Obama asked Vice President Biden to lead a task force to recommend and push an agenda of gun control with solutions that were already well known, but nothing happened in Congress. This time around, Vice President Biden’s task force assignment is “to lead an across-the-board reform of America’s training programs to make sure they have one mission: train Americans with the skills employers need, and match them to good jobs that need to be filled right now.” The president suggested that some of the contents of that agenda could include on-the-job training, apprenticeships, and increased linkages to community colleges. In this case, a few phone calls to some of the leading nonprofits in the job training and job placement fields would do as much as President Biden’s likely well-intentioned task force.

A consistent theme in the president’s generally upbeat speech was looking to Americans to take action on their own. For example, he called on corporate “CEOs to give more long-term unemployed workers a fair shot at that new job and new chance to support their families.” He lauded the efforts of Apple, Microsoft, Sprint, and Verizon to connect 15,000 schools and 20 million students to high speed broadband over the next two years “without adding a dime to the deficit.” He said he would reach out in a new initiative to employers and foundations “to help more young men of color facing tough odds stay on track and reach their full potential,” sounding like the philanthropic initiatives on black men and black boys that have been piloted by foundations such as the California Endowment, the Open Society Foundations, and others. He suggested that businesses shouldn’t wait for Congress to raise the minimum wage—a proposal of his in last year’s State of the Union that made no headway, though he endorsed the idea again, this time in a bill introduced by retiring senator Tom Harkin (D-IA) to establish a $10.10 minimum wage—and simply raise the wages of their own employees, following the lead of St. Paul-based pizza shop owner John Soranno, who raised the starting wage of his employees to $10 an hour.

Consistent with the commitments of the colleges and nonprofits in the College Opportunity Summit, these and other strategies announced by the president emphasized voluntary actions by American employers, schools, and nonprofits to reduce income inequality. In some instances, the president suggested some tax incentives meant to induce desirable behaviors, but he seemed reluctant to make a strong push for what might have been a war, even a limited war, on income inequality. Even on job creation, sounding much like his Republican critics, the president pledged “to slash bureaucracy and streamline the permitting process for key projects, so we can get more construction workers on the job as fast as possible.”

President Obama reiterated his call for minimum wage legislation, as he did last year, and for immigration reform legislation, which also didn’t make it through Congress. He devoted one line to gun control, saying he would try to work to reduce killings like those at schools, movie theaters, or the Columbia Mall just this week, but he didn’t really announce a reinvigorated battle with the gun lobby or specifics of what he might do through executive orders, any more than he did in the wake of last year’s Sandy Hook Elementary School shootings. He offered no specifics behind either his renewed immigration reform and gun control calls.

Pundits have focused on the president’s promise to use executive orders to take action, bypassing a gridlocked Congress. The reactions of Republicans such as Ted Cruz (TX), who denounced the President’s planned executive orders as evidence of an “imperial presidency,” and some Democrats, such as Mike Begich (AK), who said told CNN in the wake of the speech that he was concerned with the precedent of a president turning to executive orders, will get a lot of press attention, but they may be a serious misreading of the president’s strategy for 2014.

On income inequality, much of the president’s agenda is strongly based on voluntary action by individuals, small businesses, large corporations, and colleges and universities. Despite some themes repeated from last year’s SOTU on the minimum wage and immigration, the president’s 2014 strategy to rally a united America placed a strong reliance on such voluntary acts and “small ball” legislative proposals—many short on specifics. The accumulated list, containing the president’s College Opportunity Summit commitments, among others, may look impressive, but compared to the challenge, they add up to less than the sum of their parts. To overcome the nation’s galloping income inequality and the hardening barriers to social mobility, voluntary action is good and necessary, but a major government commitment stronger than the presidential bully pulpit is called for.

Correction: This article has been amended from its original form. John Soranno’s chain of pizzerias is located around the Minneapolis area, and not Milwaukee as originally printed.