Here’s an odd couple weighing in on the nation’s affordable housing crisis: former senator Scott Brown, a Republican, and former HUD Secretary Henry Cisneros, a Democrat. But maybe their coauthoring an op-ed on housing policy isn’t so odd at all. Both are apparently members of the executive committee of the J. Ronald Terwilliger Foundation for Housing America’s Families. Their joint statement calls on presidential candidates of both parties “to make housing central to their campaigns and speak to the twin issues of rental affordability and home ownership access.” Cisneros and Brown see enough common ground between Republicans and Democrats on the housing crisis to make it an issue suitable for bipartisan policy consensus.

Although their Fox News op-ed says that the Foundation officially launched on June 9th, the Foundation’s Facebook page says that the official launch is scheduled for June 18th, along with an explanatory white paper on the Foundation’s affordable housing take, titled “The Silent Housing Crisis,” that was distributed earlier this spring at a ULI convening in Charlotte.

Some of the tables from Terwilliger’s paper have important meaning for nonprofit housing advocates—and nonprofits in general—that should be concerned about the nation’s affordable housing crisis.

Across the nation, housing permits are still far below their pre-recession levels, suggesting that though the economy may have recovered somewhat, housing lags behind: 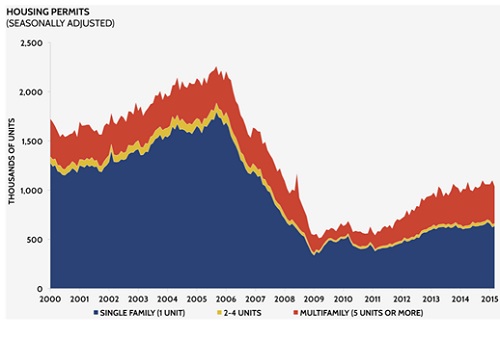 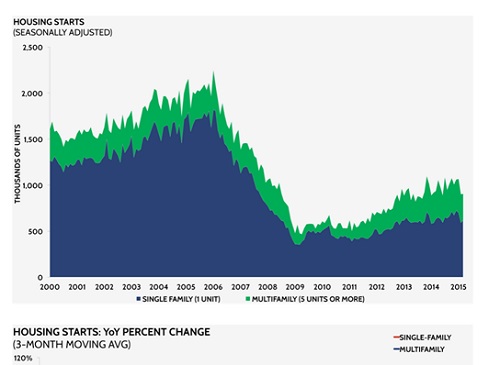 First-time homebuyers are not picking up homes as they did even at the height of the recession in 2009 and 2010, although at that time, the stimulus package included incentives for first-time buyers that don’t exist now: 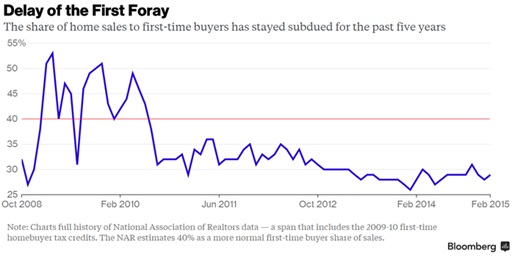 It shouldn’t be a surprise to anyone who has tried to rent an apartment recently, but there has been a surge of people entering the rental market—in part because they can’t afford to buy or can’t get financing for home purchases—resulting in much higher rents than many renter households can bear: 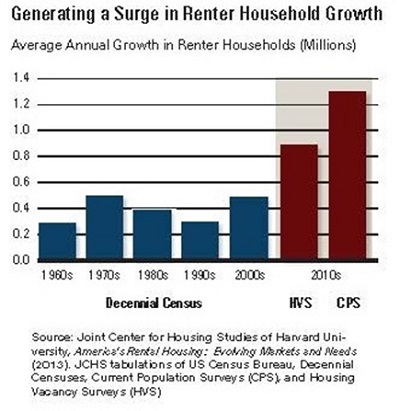 It should be even less of a surprise to learn that the formation of new households entering the housing markets will be significantly minority, particularly Latino and other non-Hispanic, non-Black:

By virtue of lower median incomes and lower household wealth, these minority households will be hard pressed to compete in the housing markets:

Terwilliger’s white paper lists two other members of the foundation’s executive committee in addition to Cisneros and Brown—Rick Lazio, the former New York senator who lost his reelection bid to Hillary Clinton, and Nic Retsinas, the former Federal Housing Administration commissioner and director of the Joint Center for Housing Studies at Harvard. (Full disclosure: Bart Harvey, the former co-CEO of the Enterprise Foundation, is listed as a member of the Terwilliger Foundation’s advisory board, and was at Enterprise when this author was a VP there.)

The Terwilliger Foundation white paper concludes with this paragraph:

“Fashioning a new federal housing policy that effectively responds to both current and future conditions in the housing market is an urgent national imperative. Ensuring that Americans have access to decent, affordable housing is critical to our nation’s economic growth and future prosperity. We can no longer afford to stand by as housing becomes a cause of distress for more and more of our fellow citizens rather than the source of stability it should be.”

Unfortunately, the nation’s political leaders have allowed the nation’s housing crisis to go unchecked for many years, stepping in during the recession to try to mitigate some of the foreclosure pressures on homeowners, but doing relatively little to increase the supply of affordable housing for renters and homebuyers despite the pressures of immigration, household formation, aging baby boomers, and more.

If you happen to encounter a politician of national credentials anywhere talking substantively about affordable housing needs, please contact the NPQ Newswire and tell us. It would be a breaking news story.—Rick Cohen