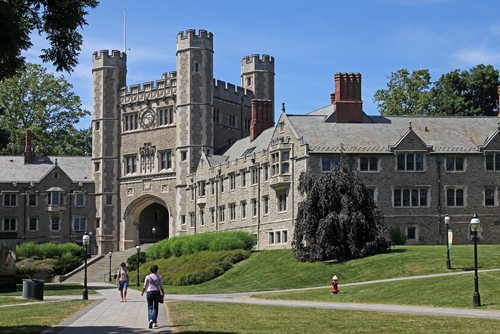 In the face of a lawsuit and growing demand for mental health services in college campuses across the country, Princeton University joined over 55 other colleges and universities in becoming members of the Jed & Clinton Health Matters Campus Program.

The dynamic growth in the need for services on college campuses was documented in the 2013 National Survey of College Counseling Centers. The survey reached out to 203 college centers serving 1.8 million students. In these schools, the average percentage of students accessing services was 11.37 percent in four-year institutions and 12.9 percent in two-year institutions. The average ratio of counselors to clients at these schools was 1 to 1,604 students. The survey also found that smaller schools (those with fewer than 15,000 students) had considerably lower ratios than larger schools.

The number of students accessing services at counseling centers is overshadowed by the number experiencing mental illness or substance abuse. According to a 2010 survey by the American College Health Association, in the twelve months preceding the survey, 45.6 percent of students reported feeling that “things were hopeless” and 30.7 reported feeling “so depressed that it was difficult to function.” Additionally, according to a 2007 study by the National Center on Addition and Substance Abuse, half of college students participated in binge drinking, abused prescription drugs, and/or abused illegal drugs.

The Jed Foundation describes the Clinton Health Matters Campus Program as a “groundbreaking self-assessment and feedback program that helps colleges create more comprehensive solutions to support their students.” Current members of the program include schools in the Big Ten, Midwest liberal arts colleges, community colleges, and religious institutions. After a school joins the program, it takes a confidential self-assessment survey assessing current mental and substance abuse services and opportunities for enhancement. The survey leads to participation in four years of technical assistance activities to expand and enhance these services. The program was created this past June and is a partnership between the Jed Foundation and the Clinton Foundation’s Clinton Health Matters Initiative.

Princeton University’s mental health program has been under intense scrutiny recently after two students reported being pressured to drop out of school due to their medical conditions. One filed a federal lawsuit this past March alleging his confidentiality was violated when his medical records were turned over to campus security following his suicide attempt.—Gayle Nelson