Profiteering & Self-Cheering: The Ruse of New Philanthropy in the Age of COVID 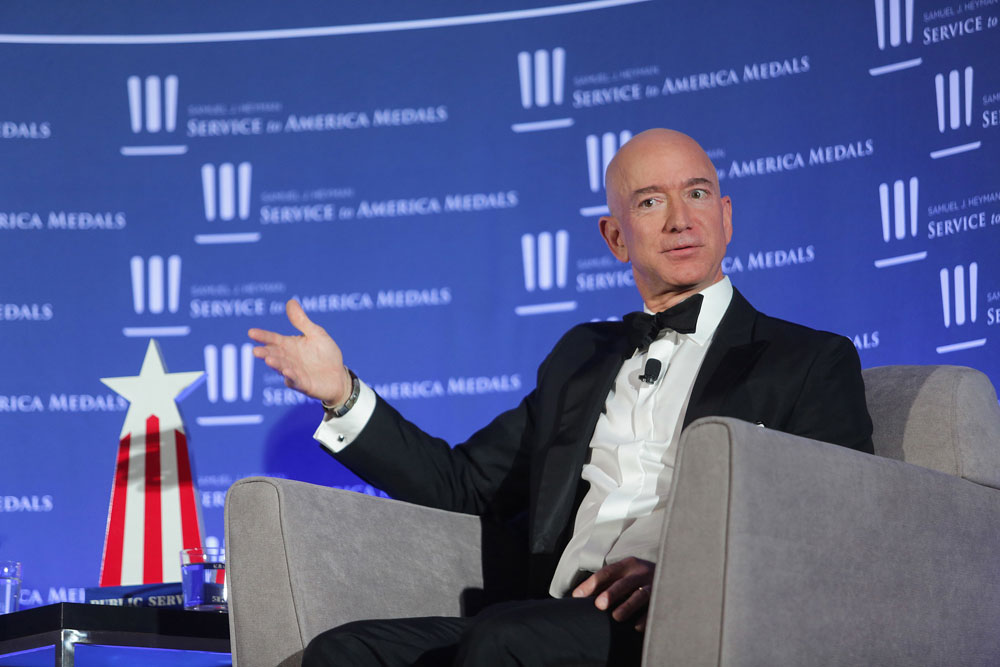 COVID-19 is proving to be, among other things, a stage where the great inequities in American society can play out under a harsh spotlight. Over 22 million people have filed for unemployment in the last four weeks, their jobs swept away by the virus’s rising tide. While millions struggle to pay rent and feed their families, many of the wealthiest Americans have seen their income grow. For them, this crisis is as an opportunity to make new investments on the cheap. Will this period, like the last and far less dramatic recession, simply exacerbate the wealth divide, or can we take the moment to disallow and reverse those trends?

For example, Bloomberg reports that the net worth of the world’s richest man, Jeff Bezos, is up $24.9 billion since the start of year due to Amazon’s rising stock value, reaching an estimated $140 billion as of the end of trading Wednesday. Let’s spell this out a little more explicitly: If Jeff Bezos wrote thousand-dollar checks to every single one of those 22 million unemployed Americans, he would still have a greater net worth than he did on January 1st of this year. Of course, were it not for Bezos’s pittance  donation of $100 million to Feeding America, then his wealth would be closer to $140.1 billion.

Here are a few more contextual reality checks: The total assets of donor-advised funds in the United States, according to the National Philanthropic Trust, are $121.42 billion, which is collectively $20 billion less than Bezos’ $140 billion net worth. And Bezos’s donation of $100 million to Feeding America is just a tad over 0.07 percent (seven hundredths of one percent) of his net worth, given current figures.

The workers whose efforts make these businesses work have not been so blessed. Their wages have not grown dramatically, and their working conditions remain harsh. Carole Levine recently pointed this out for NPQ: “At Amazon, for example, frontline employees have had to struggle for safe working conditions; 74 workers are known to have tested positive for COVID-19, and one has died.”

Others with pandemic-fueled stock gains? Well, there is MacKenzie Bezos, who retains a four-percent stake in Amazon as part of her recent divorce settlement. Her net worth has climbed $8.6 billion to $45.7 billion, enough to place her in 18th position on Bloomberg’s billionaire listing. Walmart stock is also up. Reportedly, Alice, Jim, and Rob Walton now have a combined net worth of $169 billion, a modest five percent increase from the beginning of the year. Elon Musk, CEO of Tesla, has seen his net worth increase by $10.4 billion this year. And, probably a surprise to no one, Zoom founder Eric Yuan has seen his wealth more than double to $7.85 billion.

And yes, most of the world’s 500 richest people have lost wealth—an estimated $553 billion in total, or over $1 billion per person on average. Don’t shed too many tears, though. The net worth of the 500th-richest individual on the list, even after stock declines, is still $3.81 billion.

A few of the those who grow ever more inconceivably rich have spoken out about what they plan to do to meet the challenge. Jeff Bezos has committed $100 million, the Gates Foundation has allocated $135 million, and Michael Dell said he would be donating $100 million. Twitter and Square founder Jack Dorsey has pledged more than $1 billion to the cause. In context, these gifts fade into chump change that does little to promise less ongoing structural excess and inequity, but you wouldn’t know it to hear the crowing from the One Percent and their sycophants.

In announcing his gift, Dorsey tweeted, “The needs are increasingly urgent, and I want to see the impact in my lifetime. I hope this inspires others to do something similar. Life is too short, so let’s do everything we can today to help people now.” Yet the gift was not made directly to nonprofit organizations doing the work of responding to the pandemic; as of this week only $7.2 million has been donated. Rather, Dorsey followed a path favored by the wealthy and transferred part of his fortune to a recently established LLC, Start Small. In doing so, he can claim to be giving these funds away but not be required to meet any level of annual distribution, nor must he make any information about his activities public. (For his part, Dorsey has set up a public portal to share the information about how Start Small is disbursing his funds.)

LLCs like Start Small and Mark Zuckerberg’s Chan Zuckerberg Initiative offer flexibility without much oversight. Their use exacerbates a growing wealth gap that further concentrates the philanthropic power of the rich. As NPQ recently noted, “The impact on nonprofit organizations of having to rely more heavily on a smaller number of funding sources, often with their own agendas and limited commitment to history or tradition, cannot be ignored.”

While we may be preoccupied with coming up with a response to a crisis and figuring out how to survive until it passes, it is not too early to recognize the need to address this challenge, which will persist once these days are just memories. We need to speak up now and advocate for a system that taxes the wealthy appropriately and creates a more inclusive, equitable and democratic society. We need policy changes that will strengthen the public benefit and accountability of charitable giving. Large “gifts” that are not gifts should be questioned and challenged, not honored, and those who offer them must be required to eschew excess wealth made at the expense of others.—Marty Levine and Steve Dubb