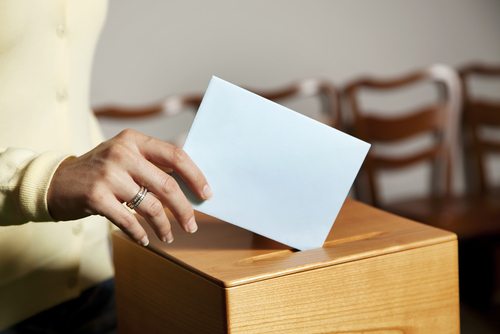 James O’Keefe’s nonprofit Project Veritas is known for its videotaped “sting” operations that have triggered scandals at the likes of ACORN, Planned Parenthood and NPR. The nonprofit’s latest video “sting” was to try to document the ease with which it thought one might be able to commit voter fraud in North Carolina.

The plan for the sting was pretty simple: A representative of Project Veritas would illegally present him or herself as someone who they believed was either dead or a non-U.S. citizen, and thus not eligible to vote. The idea was that casting ballots of behalf of the dead or non-citizens would prove how easy voter fraud is to accomplish.

But the sting backfired. The Charlotte Observer reports that, in all three of the examples Project Veritas held up, there would have been no voter fraud at all had the person Project Veritas was impersonating actually cast the ballot. One of the names Project Veritas held up to demonstrate voter fraud was Michael G. Bolton, who died of cancer just last month. However, Bolton’s son is named Michael G. Bolton, Jr. and is very much alive. The Veritas video shows a poll worker asking a Veritas impersonator if he is Michael G. Bolton, Jr., and the imposter says “yes.” In two other cases, Project Veritas thought it had illegally cast ballots on behalf of non-U.S. citizens, but it turns out, the Observer notes, that in each case, the person involved had in fact attained citizenship and is eligible to vote.

Gary Bartlett, executive director of the North Carolina State Board of Elections, commented on the botched sting, saying “Election laws are based on honesty and self-policing, and when someone falsely brings [the] validity of the process into question, that hurts the public’s confidence in the process.”