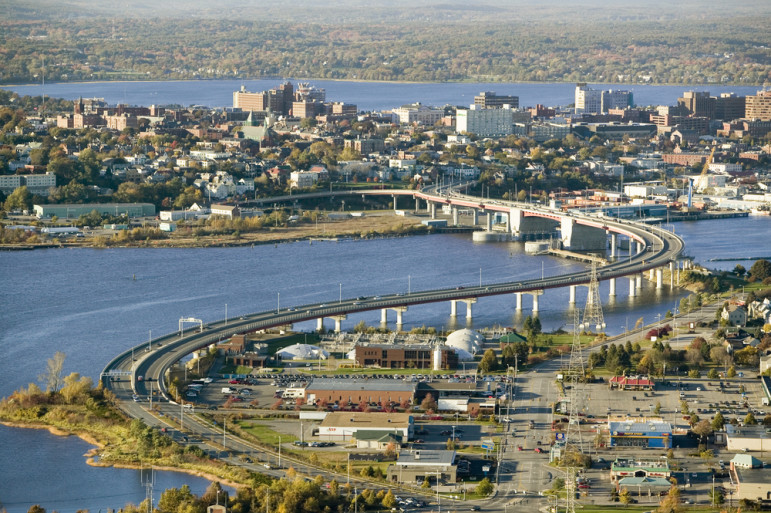 Coast to coast, cities are looking for ways to promote the development of affordable low-income housing. The latest census data suggest that the 20th century model of poverty is giving way to a new phenomenon that involves the hollowing out of the middle class. Writing at the Bipartisan Policy Center, J. Ronald Terwilliger argues, “Housing is a Growing Source of Instability.” Rising housing costs in the face of stagnant wage growth are a critical factor in pushing formerly-middle-class households into economic instability. A new study by the Joint Center for Housing and the Enterprise Community Partners forecasts that rent burdens will inexorably increase over the next decade.

From Portland, Maine, comes this story of a study showing that local laws requiring housing developers to create “affordable” units do not have an adverse effect on development or rents. The Press Herald cited this study in a review of plans to adopt a new policy that would require developers to create affordable units when developing new rental housing. “After more than a decade of stagnant development, Portland is experiencing a wave of market rate housing projects, especially downtown, as well several projects that are intended to accommodate low-income families. That is pushing many middle class families out of the city, according to a recent report by the Greater Portland Council of Governments.”

Under the proposal that Portland, Maine, is considering, developers would be required to produce 10 percent of their units for households at 100–120 percent of Area Median Income. In exchange, developers would be permitted to ask for increased density or tax abatements. According to a study by the Lincoln Institute of Land Policy cited in the article, “flexibility and incentives are needed; inclusionary zoning ordinances have been challenged in court and can be designed to minimize legal risk; follow-up enforcement and stewardship are needed.” In other words, thoughtful, calibrated and targeted policies.

Portland, Oregon, faces a different kind of affordable housing issue—too many homeless people. But unlike the Portland in Maine, Mayor Charlie Hales in Oregon is proposing to convert public buildings into shelters instead of leveraging the private sector developers. Mayor Hales’s sketchy plan seems to entail relaxing zoning and building code requirements to permit city-owned buildings to be converted to residential shelters. Financing for the conversion is still unclear:

“Hales, asked about a financial commitment Wednesday, made none. ‘That’s a good question,’ he said. ‘And that’s something that the City Council ought to take up when we get the declaration in front of them.’ Hales also offered no new solution to rising rental rates in Portland—which have reached an average of $1,243 a month—although he said costs could flatline when more units come on line. ‘This is a market problem, not a natural disaster,’ Hales said of rising rents. ‘So I don’t think we actually have the legal authority to impose rent control.’”

The contrast between these two approaches is astounding. In Maine, city officials are using a consensus-building approach to manage the housing economy to make room for a variety of income levels. In Oregon, politicians are offering short-term emergency solutions to long-standing needs in a “hot” rental market. Neither is exactly ideological. In Maine, “social planners” are incentivizing private investors to meet community housing needs using a broad consensus approach. In Oregon, “free marketeers” are converting public property (and funds?) to address the social needs of the poor in a highly partisan and contentious atmosphere. Which is liberal? Which is conservative?

Portland, Maine’s approach of offering tax abatement or density incentives is very similar to the Affordability Ordinance now being challenged in Chicago. However, these two incentives are very different approaches. Traditionally, tax abatements are easy for cities to offer because property taxes are not their sole source of revenue. On the other hand, tax abatements are often opposed by school systems, which rely heavily on property tax revenues. Density, on the other hand, costs virtually nothing and promotes economic activity, which generates revenue for public coffers. NPQ’s Rick Cohen examined density as an affordable housing strategy in “Density Bonuses: A Tool for Affordable Housing Development.” A recent New York Times feature story, “The Curious Politics of the ‘Nudge’” profiles the science of so-called “nudge” policies. Could encouraging increased density be a nudge?

Whether building taller or smaller, the principle is the same: More rent-paying units per acre of land should help developers to keep rents affordable. And smaller is chic with millennials, and maybe with the empty nesters, the two demographic groups driving the development of urban rental housing. Permitting or promoting increased residential density could have little or no cost to the city, but might be enough of an incentive for developers to set aside some “affordable” units.—Spencer Wells