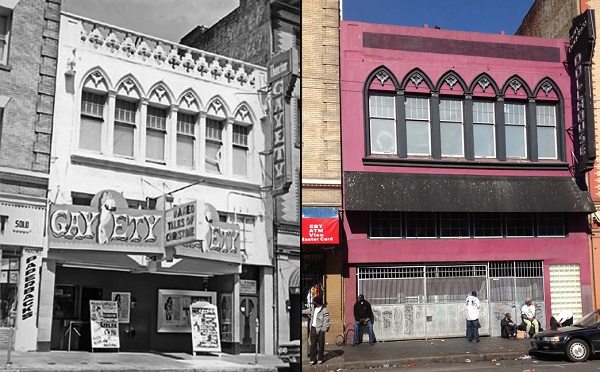 “When we began to consider what our next move was going to be, it was beyond our wildest dreams that we would purchase a building, do a $3 million renovation on it, and have our dream home at the end,” said artistic director Julie Phelps. And indeed CounterPulse, like many other nonprofits in San Francisco, had recently been unable to negotiate a lease extension at its current space, located a mere block away from Twitter’s headquarters on Market Street.

“You can look around at the number of cranes in this neighborhood and take a pretty good guess that their property will probably be developed to the height limit and be condos,” Phelps said.

Shelley Trott, the director of arts strategy and ventures at the Kenneth Rainin Foundation in San Francisco, sits on the board of CAST and was instrumental in getting the Trust off the ground. She came to realize, she says, that rent subsidies do not stabilize arts organizations; what they need is control over their spaces. So CAST tries to pair up well-run arts groups having lease issues with landlords who want to sell. CAST then buys the properties, renting it to the arts group for seven to 10 years while they raise the money needed to buy the building at the price that was originally paid.

The Kenneth Rainin Foundation has seeded CAST with $5 million. CAST does not work on its own; it partners with the Northern California Community Loan Fund (NCCLF), which has been consulting for arts groups (including CounterPulse) for years, and with the San Francisco’s Arts Commission and the mayor’s office who also invest in arts locations to develop the model for other arts groups.