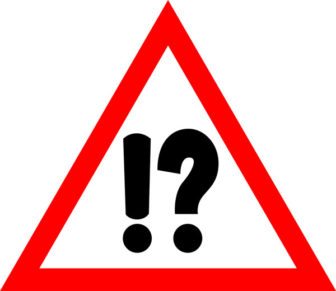 A recent op-ed in Politico drew ire from commentators because it proposed a system of immigration that disturbingly resembles indentured servitude. The proposal has many troubling aspects, but nearly all of them stem from the simple fact that it does not acknowledge immigration as a human problem, choosing instead to see it as solely an economic issue. The article also ignores the racist underpinnings of American immigration policy and the problematic history of employment structures based on race.

Authors Glen Weyl and Eric Posner explain, “The problem posed by migration is that the benefits are not evenly distributed. They flow to the migrants themselves and the corporations that hire them.” Weyl and Posner propose a program that would divert all the benefits from the immigrants who work hard to make it to the US, and to the white working-class population whose favor has become the political holy grail.

The proposal boils down to this: “Working-class natives” would have the opportunity to sponsor an immigrant to the US for employment by them, much the way companies do now with H1B visas. The program would permit US citizens to pay sub-minimum wages; in the example provided by the authors, “Mary” provides “Sofia” with “a room in her basement, meals, and $5 an hour” while Sofia does the legwork of Mary’s new dog-walking business.

Mary is going to build low-paid labor into her business model because she’s a good American!

And because she’s a Christian, she’s going to let her low-paid labor live in her basement, like a house n*gger, circa 1854!

Weyl and Posner claim that since migrants to the US usually see an increase in wages, they would be able to pay up to $6,000 to host families for sponsorships, even on the sub-minimum wage proposed. The authors posit that “lower-income Americans…would soon realize that they can use the program to make money for themselves,” solving any resentment they might feel about seeing jobs filled by immigrants.

The issues with this proposal are rampant. Among them, the authors fail to acknowledge that immigrant wages usually go up because higher wages are necessary in a more expensive economy, so keeping wages sub-minimum ensures complete dependence of immigrants on their sponsors. They fail to allow any opportunity for immigrants to form a community, to establish a business, or start on a path to citizenship. By acknowledging outright that “periodic inspections could be undertaken (as exist for the J-1 au pair program, where admittedly occasional exploitation also occurs),” they brush off any concern for immigrants’ safety and well-being.

Perhaps most blatantly, and most bafflingly, they seem not to have noticed that the system they propose strongly resembles the system of indentured servitude that contributed directly to the development of the sociological construct of race over three centuries ago.

Teresa Guess of the University of Missouri-St. Louis writes,

The first Africans in pre-racial America occupied the social status of free persons or indentured servants…. To legitimate status differences between “Negroes” and European servants, laws were enacted that imposed the status of “slave for life” on enslaved Africans. While white European indentured servants could conceivably envision an end to their servitude, Africans did not fare as well… It was by the institutionalization of slavery that “the power of the masters was secured by the adoption of ‘race’ as an overriding principle of organization throughout [American] society.”

NPQ has previously discussed how US immigration laws are and have been from the beginning based on race and aimed at keeping people of color excluded from paths to US citizenship.

The proposal views immigrants to the US as economic units, rather than as fellow humans fleeing a dangerous or hopeless situation or simply seeking a new life in a new country. Equally disturbing, it views those economic units as undeserving a place in the US unless they are tied to white working-class communities. Statistics have shown that, in fact, immigrants create jobs, raise wages, and generally benefit the economies of the communities where they settle.

Neither Weyl nor Posner has a background in community work, human rights advocacy, or even immigration policy. Posner is a professor of international law, contract law, and bankruptcy at the University of Chicago, and Weyl’s specialties are computer science and the digital economy. Though Politico changed the title of the article from “What If You Could Get Your Own Immigrant?” to the less provocative “Sponsor an Immigrant Yourself,” the authors themselves have declined to respond to criticism.

The frame in which they constructed their proposal illustrates a common misunderstanding that underpins the necessary work of the nonprofit sector. Challenges like immigration policy, with the attendant concerns around human rights, equity, racial history—and, yes, economic injustice—cannot be solved in a for-profit framework. The critical role of nonprofits and the human service sector is to bring context and humanity to the table and fight for equity, even when it doesn’t directly benefit the organizations designing the programs.—Erin Rubin