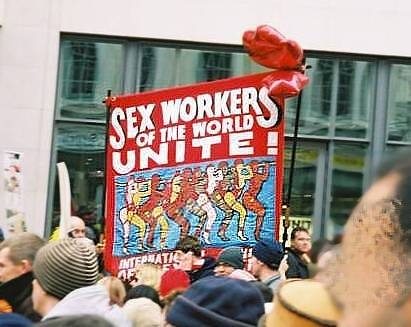 Amnesty International voted in Dublin two weeks ago to support the decriminalization of prostitution worldwide. Amnesty joins the United Nations, Human Rights Watch, the World Health Organization, and other global groups that argue the best way to protect the safety of people who sell sex is to legalize the industry. However, there are vigorous and high profile opponents to the move. The Coalition Against Trafficking Women has attracted such Hollywood stars as Meryl Streep, Emma Thompson, and Kate Winslet to oppose Amnesty. The celebrity actors joined women’s rights campaigners and former workers in the sex trade in an open letter to Amnesty, which said, in part:

Every day, we combat male access to women’s bodies through power and control, from female genital mutilation to forced marriage; from domestic violence to violation of reproductive rights. The exchange of money for such access does not eliminate the violence women face in the sex trade…

Amnesty’s reputation in upholding human rights for every individual would be severely and irreparably tarnished if it adopts a policy that sides with buyers of sex, pimps and other exploiters rather than with the exploited.

A petition launched on change.org has attracted over 4,000 signatures. Former president Jimmy Carter has also urged Amnesty to be very careful before it changes its stance.

On the other side of the argument is Josh Brandon, a London-based sex worker quoted in USA Today, who says, “I’m over the moon about [the Amnesty announcement]. I think it’s brilliant. It’s going to bring a lot of people out of the shadows and help them to not feel guilt and shame.”

USA Today also quotes Alex Feis-Bryce of National Ugly Mugs, a British organization that advocates for sex worker safety. “The opponents of decriminalizing have resorted to fairly underhand tactics and tried to reframe the debate. This is not about the rights of pimps or traffickers. Amnesty [is] very clear that there should remain very strict criminalization of trafficking and coercion.”

Countries like Germany, the Netherlands, and New Zealand have already decriminalized prostitution. Critics of decriminalization suggest that in Germany, brothels multiplied after prostitution was decriminalized in 2001. Additionally, they point to the potential for trafficked victims. Other countries, led by Sweden in 1999 and including Iceland, Canada, Norway, and Northern Ireland, have adopted a policy of penalizing purchasers of sex. They aim to stifle demand by handing out tough fines or prison sentences to johns but leave the sex workers in peace.

Amnesty has reiterated its continuing opposition to human trafficking and the sexual exploitation of minors. As the largest human rights organization in the world, they intend to use their new policy as a blueprint to lobby governments internationally.—John Godfrey