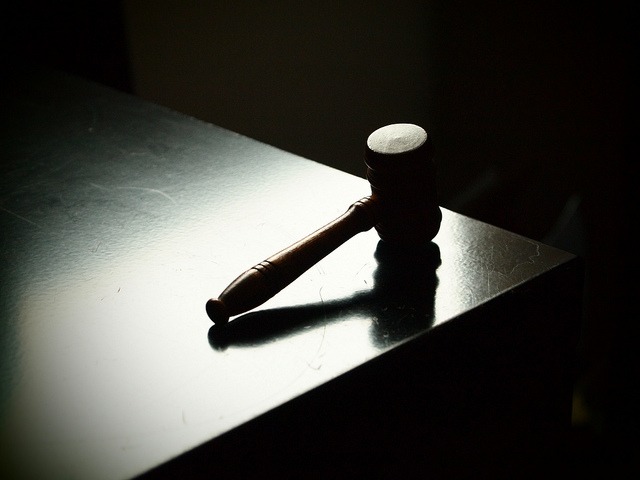 As the national fight over Planned Parenthood continues, a second, quieter battle is being waged in many state capitals and courts. This battle over “personhood” expands the rights of the fetus at the expense of the rights of pregnant women. When successful, the embryo or fetus’s “right to a healthy environment” surpasses the mother’s right of bodily autonomy, leading to convictions of pregnant women for crimes, including murder, for harm that may come to her fetus. Many experts agree these crimes deter women from seeking treatment and increase the possibility mothers and their babies will be exposed to precarious conditions.

On April 29, 2008, Amanda Kimbrough gave birth to her stillborn son, Timothy. He was born at 25 weeks, five days, and weighed a little more than two pounds, significantly larger than the average baby of that age. At the time of delivery via Cesarean, Timothy was blue and was not breathing. The obstetrician delivering the baby determined the death was due to the umbilical cord descending through the birth canal ahead of the fetus, cutting off blood flow. Amanda, a mother of two other children, was devastated. She described it as, “the worst thing I’ve ever been through.”

But instead of sending Amanda home to mourn with her family, the state of Alabama charged her with “chemical endangerment” of her fetus, a Class-A felony, equivalent to murder. Her prosecution became the first trial in the country for this distinct “crime.” The evidence to convict her stemmed from traces of methamphetamine found in her urine. At trial, the court denied her lawyer the opportunity to call an expert medical witness to testify that Amanda’s use and prior addiction to drugs was not the cause of her son’s stillbirth.

Her conviction was eventually affirmed by the Alabama Supreme Court, the highest judicial panel in the state. In its precedential opinion, the majority ruled a pregnant woman can be held responsible for any harm she may have caused to her fetus at any time after it is conceived. The decision went beyond the precedent set by Roe v. Wade, creating rights for fetuses before viability. In his dissenting opinion, Chief Judge Chuck Malone wondered how the court would rule on a “woman who has conceived, but who is without knowledge that she is pregnant, and who thereafter has a glass of wine.”

Although the crime Amanda was convicted of, chemical endangerment, was developed to protect young children exposed to noxious fumes or explosions stemming from home meth labs, Alabama prosecutors began putting it to use it against pregnant women shortly after it was enacted in 2006. A recent article documenting an investigation by ProPublica and AL.com identified 1,800 arrests and at least 479 prosecutions of pregnant women under this statute.

Convicting pregnant women of hurting their fetus through the use of drugs is not a new phenomenon. According to the group National Advocates for Pregnant Women, at least 44 other states have punished pregnant women, mainly through repurposing other criminal statues, including child abuse and drug distribution and trafficking laws. These laws are used because specific laws creating “personhood” have been defeated in referendums multiple times, including in North Dakota and Colorado. (One narrowly passed in Tennessee.)

Hundreds of women have been prosecuted for diverse crimes, with some, like Amanda, garnering murder convictions. These prosecutions occur even as mothers deliver healthy babies. Many experts, including the American College of Obstetricians and Gynecologists, have spoken strongly in opposition to these prosecutions because they can scare women away from life-saving prenatal care and treatment.

The population of women in America’s prisons has grown 646 percent between 1980 and 2010, one-and-a-half times higher than the increase in the number of incarcerated men. And the large majority of these women are mothers who are the primary caregivers of their children, nearly three times the number of incarcerated fathers. A growing number of prisons are building sections for mothers to raise their infants. A midwife working in one of these prisons in the state of Washington has been raising awareness of this trend by taking pictures of the mothers and their babies.

But this trend may be on the wane. A recent poll by the Pew Research Center found that 67 percent of those surveyed believe government should emphasize treatment over prison for people using illegal drugs. In addition, the number of people who believe mandatory sentences should be eliminated increased from 47 percent in 2001 to 63 percent in 2014.—Gayle Nelson