Public Approval of Libraries as They Are Is Still Enviable 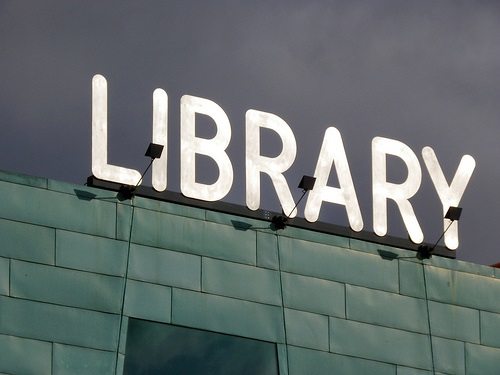 In an environment where many institutions are plagued with a lack of public confidence, libraries still stand out as trusted and valued. A recent Pew study shows that the large majority of Americans 16 and older say that public libraries play an important role in their communities. According to this study:

So much for that nonsense about our not needing libraries as they exist anymore. Most Americans feel that library closures would have a negative impact on them and their communities. 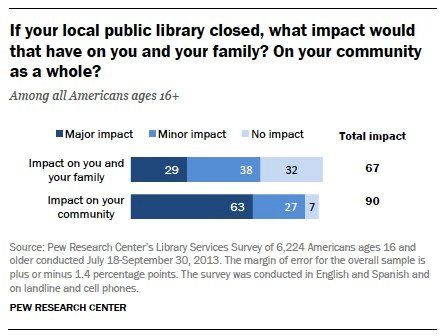 And the services they find most valuable are those at the core of the library as it has always existed. 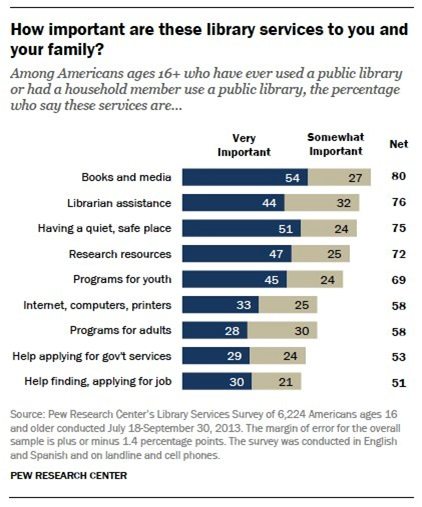 However, some services are valued more greatly by those with fewer resources:

In all, Andrew Carnegie should be very, very proud, and that guy who tried to transfer local grants from the library to a new prison should take heed. The local library budget may not be a good source to wring dry.—Ruth McCambridge