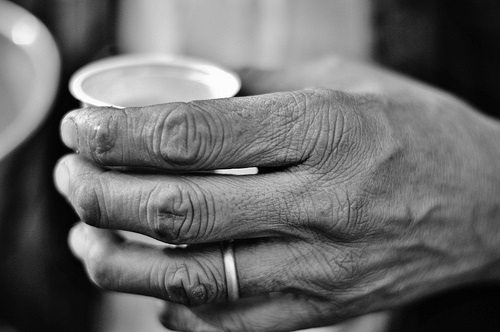 Although, inevitably, much of the world’s attention has been focused on the change of national government in India, perennial social problems continue to require solutions. In Delhi, the Indian capital region, the supply of sufficient clean water for the 22 million inhabitants is one of the most demanding. The Economic Times reports that Delhi Development Authority (DDA) has decided to meet this challenge through a public private partnership (PPP) with four Indian NGOs.

The Wall Street Journal India last year drew attention to Delhi’s water supply problem, suggesting, “Delhi’s water woes are as much due to its own poor water management as the tussle over supply.” The challenges facing Delhi’s water supply were summarised more trenchantly by Mail on India in the phrase “dry and dirty.” According to the Mail’s report, “of the 611 water bodies in the Capital, 274 have already dried up, while the remaining 337 that still have water are in a terrible condition…the stench of apathy and greed is hovering all over these reservoirs.”

DDA has now asked four NGOs—Braj Foundation, Samarthya, Forum for Organized Resources Conservation and Enhancement (FORCE), and Indian National Trust for Art and Cultural Heritage (Intach)—to undertake large scale revival, conservation, and development of 63 major water bodies (water catchments). The NGOs will be tasked to raise money from “non-governmental sources and corporate groups,” including international organizations, to undertake the restoration of the water bodies. Once MOUs are signed with the four NGOs, DDA’s role will be to oversee the project.

According to the Economic Times, The Braj Foundation has done work in this field in Mathura and Vrindavan, Samarthya (whose website is under construction) is known for cleaning of lakes and maintenance in Kerala, and FORCE has already worked in Delhi, including on the revival of Hauz Khas Lake there. The fourth NGO, Intach, is a national heritage preservation body that looks after monuments and historic sites across all of India.

PPPs are becoming increasingly popular in India as its governments face up to the massive challenges of an economy and public expectations growing much faster than India’s poorly funded public sector can support. A recent international seminar on PPP in infrastructure was told that India ranks highest in the world for PPP projects. The definition of PPP varies between countries. However, in India PPP commonly refers to a tripartite mechanism that may include government, NGOs, and corporations. This mechanism has been given a boost because of the Indian government’s recent legislation making CSR mandatory for large Indian corporations. Such corporations are expected to return two of their profits through social projects.—John Godfrey