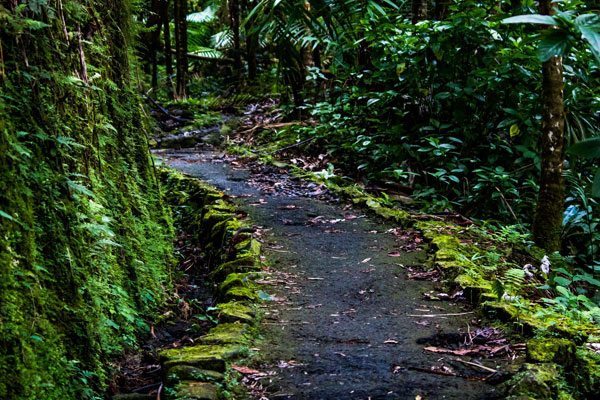 This concludes this week’s series of articles at NPQ on Puerto Rican nonprofits and how they’re operating and thinking in the wake of Hurricane Maria. It’s part of our effort to illuminate the processes of building anew and recreating from disaster in a region where inequity is already extreme. More generally, the stories provide a glimpse of the vision, reality, and experiences of those affected most by a devastating combination of growing global economic inequality, environmental change, and democratic failures. Because of that, we hope they will be useful far beyond the boundaries of Puerto Rico and its supporters.

We expect this series to be of interest to nonprofits, infrastructure organizations, and funders alike, so please help us distribute it. We expect to continue this conversation well into the future, so we welcome your comments and feedback. Many of you have already shared how the articles in this series to date have helped you better understand the complexities of the situation, the choices that need to be consciously made, and the prominent role nonprofits play.

Last year, NPQ reported that three major foundations—Ford, Open Society, and Rockefeller—pledged $5 million to Puerto Rico to “guide a sustainable and equitable recovery effort” after last September’s Hurricane Maria. In another recent article in our Puerto Rico series, we featured La Red de Fundaciones de Puerto Rico, the island’s foundation network, which will receive $1.5 million of that money to strengthen the nonprofit sector. According to Karina Claudio-Betancourt, Program Officer at Open Society Foundations, another $200,000 went to Deloitte for a damage assessment that the island hopes will result in appropriate federal funding aid and the remaining $3.3 million to the Resilient Puerto Rico Advisory Commission to develop recommendations and establish priorities for the recovery and restructuring of Puerto Rico.

The Commission, which launched at the beginning of the year, has until the end of June to develop priorities and recommendations for rebuilding Puerto Rico “stronger and better,” according to Malu Blázquez, the Commission’s executive director. She recently told NPQ, “We have an aggressive schedule of events. I packed as many meetings as I could to get as much participation as possible.”

If the Commission wants to influence how any money that comes to Puerto Rico is assigned, whether it’s federal, state, or philanthropic, Blázquez has no choice but to balance participation with speed. How will it do this balancing?

The Commission is focusing on six topics: energy, physical infrastructure, natural infrastructure, housing, economic development, and education/health/social services. There are three working groups for each topic area, so 18 total. There are six regions in Puerto Rico, according to the planning board map, and the effort will host at least one of these meetings in each region, and another will convene representatives from foundations and guilds, or professional associations.

The first working group was in February, with a second in March, and a third to come in April. Those working groups are populated by leaders from the private, public, and nonprofit sectors, and they’re mostly Puerto Ricans, save for a few subject matter experts. The results of the first working group will be fed into the community meetings, and what comes out of those meetings will in turn feed into the second working group, which will have a resilience lens. There will also be a poll on the Commission’s website to get more community participation.

The final plan will be shared with the community, Blázquez says, to “say thank you for participating, get feedback, and tell them how they can best use the report to move the agenda in their areas of work.” The plan will not be detailed, with specific projects; that, hopefully, will occur in the next phase.

Though the three foundations initiated the project last November with the guidance of the Center for a New Economy, Blázquez assures that “the project is led by Puerto Ricans.” While the Center is the fiscal sponsor, the Commission’s board of directors comprises five Puerto Rican leaders, chosen by the three foundations, who will make all the final decisions. They are:

In addition to the five directors, called co-chairs, there are another 24 leaders called commissioners, also Puerto Rican leaders from different sectors, who lead participants in the working groups. These commissioners were selected by the co-chairs, with a focus on leaders in different fields with vast experience, or, as Blázquez says, “leadership that could bring valuable insight into the working group sessions.”

Of the response the Commission is getting so far, Blázquez says, “There are a lot of people collaborating. We’re getting a lot of assistance and interest in this effort from all the people we reach out to.”

The Commission staff will analyze the data, the commissioners will review what comes out of these meetings, and the co-chairs will approve the final plan.

In addition, the Commission has a group of 10 to 12 participants called the Public Sector Advisory Group that meets with representatives of government. Blázquez says, “We’re hoping they can give us valuable and up-to-date data and info.”

But Mike Soto Class, founder and president of Center for a New Economy, says, “I don’t know what the plans of the government are. I haven’t seen them making the kinds of effort we’re making.”

In fact, as Soto Class is aware—and perhaps the Commission is a response—last October, Governor Ricardo Rosselló announced the creation though executive order of the Central Recovery and Reconstruction Office of Puerto Rico (CRRO). As the El Nuevo Dia reports, this entity with “extraordinary powers…will be responsible for planning, administering, processing, and overseeing all the work of reconstruction paid with state or federal funds after the catastrophe caused by Hurricane Maria in Puerto Rico.”

The new agency will be under the Puerto Rico Public-Private Partnership Authority, which doesn’t bode well, considering the governor’s propensity for privatization. The new agency has “the ability to approve or repeal regulations, audit policies, and establish its own governmental ethics process.” It will also have power over initiatives at the municipal level, “most of which are under the control of mayors [who are] members of [the] opposition Popular Democratic Party.”

The government asserts that this new agency will ensure efficient use of funds, but retired Public Administration professor Mario Negrón-Portillo points out that the creation of yet another agency, rather than the use of existing ones, “is precisely an inefficiency, especially at a time when government revenues are scarce due to the weakened Puerto Rican economy paralyzed by the destruction of the hurricane.”

Negrón-Portillo suspects that the agency was in fact created to avoid transparency and accountability to the people of Puerto Rico. In contrast, Soto Class says, “We worked hard to have a process that is as open as possible.” He is hopeful, however, “that the government does something similar, and if they don’t, that they take our recommendations.”

The Center for a New Economy is perhaps the only nonpartisan organization in Puerto Rico working on economic development and policy. It has been able to carve out this position by not taking any money from the government over its 20 years. Soto Class is also one of the authors of The Economy of Puerto Rico, in which economists from Puerto Rico and the US mainland assess the island’s past economic policies and propose new growth initiates to address its current economic crisis. Central to the book’s recommendations and Soto Class’s approach is a commitment to equity.

But given the faltering democratic process in Puerto Rico and its internal class and political divisions, which compounds its colonial status, Puerto Rico’s challenges are not necessarily the result of a lack of good ideas or skilled people.

The Resilient Puerto Rico Advisory Commission has its work cut out for it, and it would do well to consider the development of partnerships with Puerto Rico’s nonprofit sector in any second phase. Although nonprofit leaders are included as representatives of one of the three sectors, they have most often been the leaders of the recovery effort, engaging with and coordinating the other two sectors. And while Soto Class may hold the stake for equity, in this friendly power struggle, equity will be just one of many considerations, rather than a core principle (the way the Building Equity & Alignment Initiative did, as NPQ covered). Further, it appears that the more grassroots or community-based the nonprofit is, the more effective it is at engaging its participants as co-creators and leaders in their own right, not just service recipients.

Puerto Rico needs desperately to balance the rebuilding of its country and economy with a gathering and strengthening of grassroots political power. It’s clear that the federal government is not going to make things any easier. For example, just last December, after decades as a tax haven for US companies, which contributed greatly to its current economic crisis, the new GOP tax bill treats Puerto Rico as a foreign country when it comes to taxes. But tapping into the capacities and political power of local communities in Puerto Rico is not only necessary to counter the US government’s strangling efforts, but to build a regime at home that can truly be an effective representative of the Puerto Rican people. 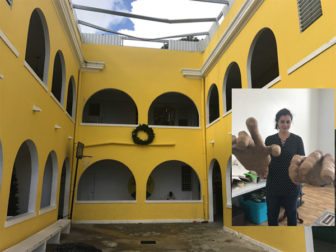