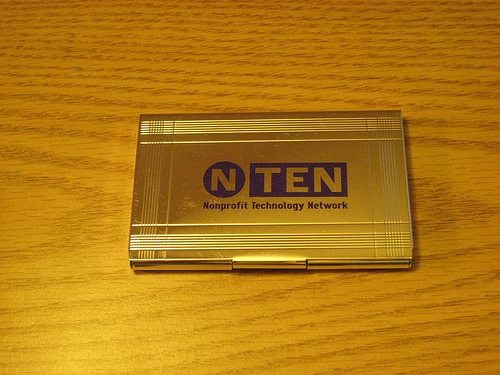 NTEN’s recent study documenting the dynamics of donor engagement, though based on a small sample, is worth a look as you do your own fundraising this year. The study can be obtained here (PDF). The behavior of 1,022 donors was examined not just for their giving but for their volunteering, issue advocacy, and event participation. We’d love to hear any arguments you have with the findings, based on your own experiences.

Among the findings: Although 78 percent of donors gave to more than one charity only 12 percent gave to more than seven and these donors tended to be older. Still 47 percent of those surveyed say that a majority of what they give each year goes to the organization to which they feel most connected … We repeat, “TO WHICH THEY FEEL MOST CONNECTED.”

The findings of the study suggest that it is well worth asking donors to help you find other adherents. Almost a third of donors surveyed here said that they fundraise on behalf of the charity they’re most involved with at least once a year and 18 percent say they do so numerous times in a year. Among donors who had shared information about the charity with friends and family, encouraged others to donate, and asked others to volunteer, 80 percent found these tasks “easy” or “very easy” to do.

Keep your approaches varied. The preferred vehicles for fundraising and engagement are sensitive to age. For those who are 30 to 39 years old almost anything will work, but for engaging the 60 and up crowd it still takes snail mail or e-mail to make an impression. Age affects what people may do with your organization as well. From the report: “People ages 30-69 were all highly willing to donate. Those under 50 were willing to fundraise on behalf of their favorite charity. Those under 40 were more likely to volunteer and participate in events like runs, walks, and galas. Donors ages 30-49 were most likely to share their stories and contact elected officials. Those under 40 were the most likely to sign a petition or pledge.”

Stay tuned for other information. The responses of people to a changing fundraising landscape change as well. As the old saying goes, “You can never step in the same river twice.” Some say you can’t step into the same river even once and that seems ever more evident. –Ruth McCambridge