Racial Diversity in Alternative Press May Be Declining 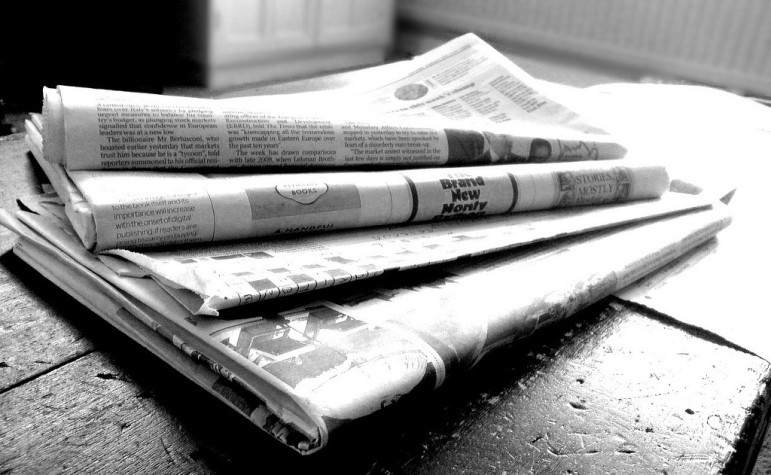 The Association of Alternative Newsmedia (AAN) reports that a recent survey of 37 sites showed a lack of racial and ethnic diversity in the newsrooms of this nation’s mostly liberal or progressive alternative news media. These “continue to be predominantly white, and if anything, are getting whiter.”

(Maybe the first indication that diversity might not be such a high priority for the association’s members was in the fact that only 37 of 113 member groups responded to the query.)

The survey results were compiled and analyzed by Jimmy Boegle, editor and publisher of the Coachella Valley Independent, head of AAN’s Diversity Advisory Committee. The report, released last Tuesday, reveals that “AAN members continue to do well with diversity when it comes to having women and members of the LGBT community in the fold”—in fact increasing those numbers proportionately—but “respondents reported that just 12.6 percent of employees are people of color. That’s down from 14 percent in 2011-2012.”

This pattern, showing a lack of progress in racial diversity, mirrors that found in environmental organizations in July of 2014. That report stated:

The biggest barriers to hiring minorities, the organizations said, were the few job openings and the lack of minority applicants. Of the 493 staff hired by conservation/preservation organizations in the last three years, only 63 (or 12.8 percent) were ethnic minorities, and of the 35 staff hired in environmental grantmaking foundations in the last three years, only six (17.1 percent) were ethnic minorities.

Similar answers were found here in answer to the question, “Do you make an effort to reach out to people of color when hiring new staff? If so, how?” Only a narrow majority of the 35 who responded did, and a number “made comments to the effect that they either ‘reach out to everyone’ or that they ‘look to the best candidates regardless of race.’” A handful of respondents bemoaned the fact that all they get are white applicants. At least a couple respondents said they wanted to look to other AAN members on how to do better on this.

“Respondents rated the importance of diversifying their staffs an average of 7.6 on a 10-point scale, and rated the importance of diversifying readership as 8 on a 10-point scale,” Boegle said, but “eight of the 37 responding papers reported no people of color on staff.” And in terms of management positions, there were a total of 194 positions among the 36 respondents to the question, and only 25 were filled by people of color. Twenty-three, or almost 2/3 of the 36 respondents, reported no people of color in management.

We appreciated the recommendations made last year in the environmental report and will repeat them here in case they may be of use to the alternative press and, indeed, all nonprofits.

Again, these were recommendations by and for the environmental field.—Ruth McCambridge