“Whites as Minority”: Digging into the Racialized Narratives of Demographic Change 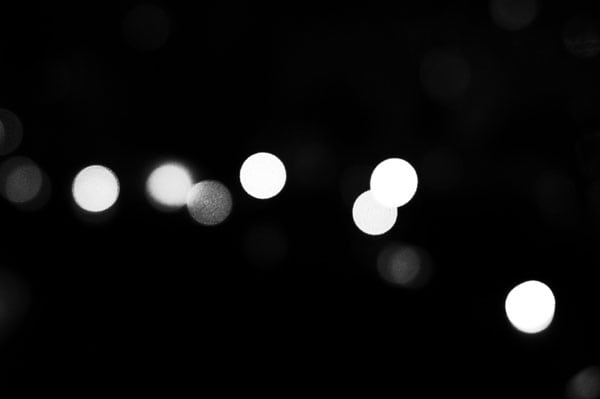 US demographers are noting what some are calling “the browning of America,” and the language used to describe the shift is both unsurprising and telling. Understanding the underlying narratives is critical to the paradigm shifting needed to leverage the transition towards inclusion and equity.

In a recent Vox article, Ezra Klein seeks to highlight that how we talk about increased racial diversity affects how people (meaning whites—more on Klein’s use of white as standard later) adjust to it. A threat narrative, even the most subtle, moves white people towards more conservative attitudes and policy positions.

While Klein warns about how we talk about these changes, these statements—with language such as “nonwhite” (asserting whiteness as the standard), “overtake” (invoking competition), and “majority-minority status” (a term that reflects many absurdities, but is being used by the Census itself)—reveal just how challenging it is.

Klein asserts that what matters is not so much the changing demographics, but “our perception of race and power,” yet, even here, “our” means “white.” He writes, “Change of this magnitude acts on us psychologically.” Again, with “us,” meaning “whites.” He languages the decentering of whiteness in a way that re-centers it, caught in a narrative loop.

Further, Klein notes that while demographers predict that the US will be “majority minority” by 2042–2043, “if you ask people now, they say we already have it.” White Americans overestimate the percentage of people of color in the US.

Richeson’s research shows that if you can add reassurance to discussions of demographic change—telling people, for instance, that the shifts are unlikely to upend existing power or economic arrangements—the sense of threat, and the tilt toward racial and political conservatism, vanishes. The problem, she admits, is, “we can’t say, ‘Don’t worry, white people, you’ll be okay and you’ll get to run everything forever!’”

In another recent article, this one in the Washington Post, “White, and in the minority,” Terence McCoy writes,

In a country where whites will lose majority status in about a quarter-century, and where research suggests that demographic anxiety is contributing to many of the social fissures polarizing the United States, from immigration policy to welfare reform to the election of President Trump, the story of the coming decades will be, to some degree, the story of how white people adapt to a changing country.

Imagine instead an article headlined “Of color, and in the majority,” or an assertion that the story of the coming decade is, to some degree, the story of how people of color adapt to a changing country. Both are equally true, yet the latter would itself signal a shift while the former serves to reinscribe, or prolong the influence of, the passing order.

McCoy’s article is the story of a white working-class couple working at a meat processing plant, an industry “remade by Latinos.” He tells us how they went “at least eight hours without speaking English,” “their world outside the plant’s walls—white, rural, conservative—feeling distant in this world within, where they were the outsiders…the minority,” “coming to understand what it means to be outnumbered.” (Italics mine.)

They didn’t know the heavy burden of discrimination familiar to members of historically oppressed minority groups, including biased policing and unequal access to jobs and housing. But some of the everyday experiences that have long challenged millions of black, Latino, and immigrant Americans—the struggle to understand and be understood, feeling unseen, fear of rapid judgments—were beginning to challenge them, too.

The problem here is not that there are “historically oppressed minority groups,” but that whites are experiencing similar conditions. The white couple strengthens its identification with other whites, even those that oppress them, over people of color, with whom they increasingly share class status. This following excerpt confirms this. Speaking of the woman in the couple, Heaven Engle, McCoy writes,

It was now her 20th month of giving it a chance, and she was standing at the end of a long processing machine called the Multivac, wearing a white smock and blue latex gloves, making $13 an hour, waiting for the next four packages of chicken breasts to come down the line. They arrived every six seconds, and in that time she scanned for discoloration, leakage and mislabeling, setting aside defective packages for reprocessing. It was relentless: Here they came, there they went, every six seconds, about 40 in a minute, thousands in a shift—a shift during which so many things would upset her, but never the work.

She could handle the monotony. She could deal with standing under the vents, which cooled the production floor to 40 degrees. She could even tolerate the mess. The day chicken juice got all over her hair and face, the thing that had been intolerable had not been the smell or the taste, but that she didn’t have anyone to talk to about it. (Italics mine.)

The story is replete with sad portrayals of Heaven’s hardship, which McCoy makes clear is not the low-paying, monotonous, factory job, but her brown coworkers. She is annoyed by the friendly Spanish chatter around her (even when one of the women greets her), the meetings held increasingly in Spanish. However, McCoy points out that the neighborhood of Fredericksburg experienced a “demographic transformation” because, according to an anonymous source, a former employee, “White people didn’t want to work in the stinky chicken shop.”

Heaven’s boyfriend, Venson Heim, imagines a bleak future. He says, “This would be a nation where whites weren’t only a minority, but disadvantaged, punished for their collective crimes, because, as he put it, ‘we haven’t been the nicest race.’”

In fact, the article captures some of Venson’s current not-so-nice behavior. He mocks the Latinx workers, including the Latino mechanic who works alongside him, and then complains that they prefer the Latino mechanic, who, according to McCoy, “last year had requested a transfer to a shift with more Latino mechanics, in part to get away from this type of talk.” But then he writes, “So why didn’t they ask him for help? Why did they want solely another Latino? How did it get to be this way?”

Describing Heaven’s trauma, McCoy writes, “What was this job doing to her? She’d never thought of herself as prejudiced—and still didn’t—but there were increasingly times when she felt so far on the outside, so little understood, that her alienation was hardening into something closer to anger, and possibly worse.” (Italics mine)

McCoy chronicles the couple’s yearning for their all-white America, captured in an observation about Heaven: “The world she’d never wanted to go out and see had instead come to her, and it was here to stay.” All she wanted was to not have to deal with people who were different. Is that too much to ask?

But even the smallest glimpse of the Latinx coworkers (whom we only see through Heaven and Venson) captures people for whom “diversity” isn’t a choice, or even a problem, and they appear all the more human for it. Like this vignette:

[Heaven] watched the woman with a black ponytail coming down the hallway, hugging people as she went.

This time, however, when she reached Heaven, the woman stopped. Heaven stayed motionless, unsure. Without a trace of caution, the woman embraced her, saying something Heaven didn’t understand. Then an older woman kissed her cheek. Then the women crowding around Heaven began to laugh, and, as the final minutes went by, she started laughing, too. (Italics mine)

While both articles reinforce the threat narrative (even the one intended to critique it), they also unwittingly weaken it. In quoting Richeson, Klein reveals the underlying anxiety for whites in a “browning America” to be the loss of dominant power, which cannot be mitigated with language, his central argument. Here the habits of white supremacy prevail over logic. McCoy’s aims are less clear. While he appears to paint a very human picture of what it feels like to become a minority, in getting that close to his used-to-being-dominant subject, he simultaneously reveals very inhumane tendencies. For, while Heaven laments her lack of relationship, McCoy reveals a Heaven (and a Vernon) who isn’t interested in engagement with people who she perceives as different.

In “Great White Panic,” an episode of Vox’s podcast The Weeds featuring Klein’s article, co-host Jane Coaston says, “Any attempt to create a middle ground creates a backlash that makes it impossible to talk about pluralism in a way that actually includes everyone.” Coaston points out that these “threatened” white responses actually serve to push back against changes in the status quo. They may be more political than psychological, though these are not mutually exclusive.

Co-host Dara Lind gets to the bottom of it when she says,

A lot of the fears that you see, not from centrist Republicans, but the farthest elements of the far right, is this deep, deep fear that white people would become a minority and thus be treated poorly, because that’s how you treat minorities…This two-pronged concept that white people should not be a minority and that minorities should remain minorities…It’s a very racialized conception of America that this is how it’s supposed to be and that if you add more minorities it’ll be further from what it should be. No one can explain to me in an adequate way why it should be a majority white country…It’s interesting this idea of how race is conceived, it has very little to do with logic or reason and a lot to do with people’s feelings.

Lind concludes, “Ultimately, this is going to come down to how human beings are treating each other in public life and that’s not just politicians, that’s not just the media, a lot of that is how do Americans deal with difference when they encounter it day to day?”

The construction of minority politics as one of subordination and exclusion is itself a key concept of dominant thinking. It does not have to be so. In fact, minoritarian politics, the rule of the minority, as in the rule of Dutch Afrikaners in South Africa, is common. But there are also other, more liberatory, ways to conceive of minoritarian politics, most notably Gilles Deleuze and Felix Guattari’s idea of “becoming minor,” with “minor” being the revolutionary, the unraveling of the major, the standard, the dominant, from within.

In fact, Deleuze and Guattari’s idea grew out of a literary analysis. In Kafka: Toward a Minor Literature, the literature that a minority constructs within a majority language, they propose that “the three characteristics of minor literature are the deterritorialization of language, the connection of the individual to a political immediacy, and the collective assemblage of enunciation.” In its evolution to minoritarian politics, this becomes

As stewards of civil society, nonprofits should take leadership in crafting new narratives that are not only more inclusive, but non-dominant and mutual. As we see, laziness about language means we are inadvertently speaking a code we don’t mean to speak, reinforcing an order from which we seek to break. We have a responsibility to think about what our language says about who we are in the world and we should all be paying a lot of attention to it.

Cyndi Suarez is a Senior Editor at NPQ. She is the author of "The Power Manual: How to Master Complex Power Dynamics," in which she outlines a new theory and practice of power. She has worked as a strategy and innovation consultant with a focus on networks and platforms for social movements. She studied Feminist Theory and organizational development for social change.

Racial Equity in Co-ops: 6 Key Challenges and How to Meet Them

Is Diversification of Revenue Good for Nonprofit Financial Health?