2018 is being dubbed the new ‘Year of the Woman.’ In fact, more than 500 women are running for major office in the US. And whether they are signing petitions, protesting in the streets, or giving to human and civil rights organizations, surveys show that women are more politically active than their male peers. All of this momentum is infusing November’s midterm elections with a sense of urgency.

Existing momentum quickened in the wake of Donald Trump’s 2016 election victory. For fundraiser Jocelyn Harmon, Trump’s win was a catalyst for her to become more politically engaged. “It was truly a shock to our systems,” she says. “People were devastated thinking about what this would mean for our country.” She describes Trump’s election as her “moment of obligation” to co-found BlackHer, an online political platform that raises the profile of Black women candidates, and helps inform Black women about their choices in the voting booth.

As more women are running for office and getting politically engaged, they have also been giving more to causes they believe in. A new report from the Women’s Philanthropy Institute looked into charitable giving after the 2016 election. It found that in the week following Trump’s election, there was a spike in giving by women to progressive causes that was six times greater than giving by men during that same period.

“Women give from their heart, and women give due to their value system,” says Debra Mesch, professor of philanthropic studies at Indiana University and the report’s co-author. After Trump’s victory, Mesch notes that women gave to progressive causes like women’s rights, climate change and immigration advocacy – a phenomenon that some have termed ‘rage giving’.

In this podcast, Mesch and Harmon discuss the idea of rage giving, the different ways women wield their financial muscle to support causes they believe in, and what nonprofits can learn from it when seeking donors. “Gender matters in philanthropy,” Mesch says. In the past, white men have been considered the donors. “We need to think about how we can also include women who have different patterns of giving, different motivations for giving,” she says.

Center for American Progress: Women of Color: A Growing Force in the American Electorate

Vox: Will the Kavanaugh hearings drive women to the polls in 2018? 8 experts weigh in. 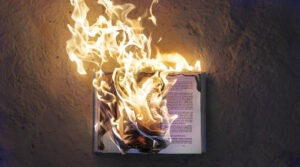