RAICES Offers $20 Million to Pay Off Detention Bonds in Bulk 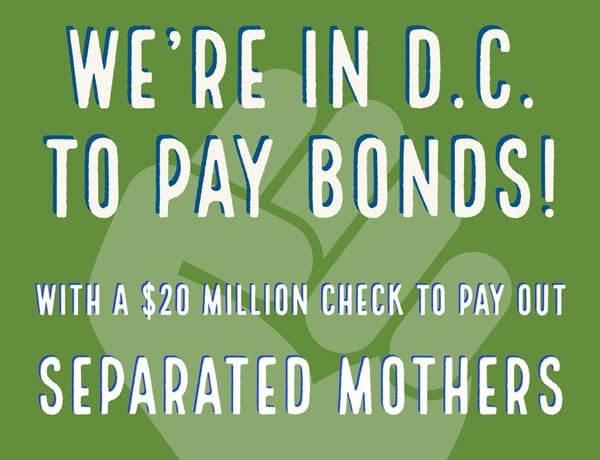 More than 1 million people donated over $20m and their message is clear: reunite the families

The San Antonio-based Refugee and Immigrant Center for Education and Legal Services (RAICES) went from relatively local to nationally renowned after it received more than $20 million in individual donations to help them reunite asylum-seeking families after somewhere between 2,000 and 3,000 children were separated from their parents as they tried to cross the border. That money equals around three times the organization’s annual budget, and the work required to intercede needs an immediate infrastructure.

Unlike the ACLU, which similarly received an enormous wave of donations after Donald Trump was elected, RAICES did not have a predeveloped scenario to follow in spending the money. But today, it brought a $20 million (facsimile) check to the Department of Homeland Security to pay the bonds of the parents.

“Bonds often cost between $5,000 and $10,000, so our $20 million can pay approximately 2,500 in one go,” reads a statement issued by the nonprofit. Getting the parents released would make reunifications more possible, because they cannot occur when parents are in custody.

“This was a donation to the moms and the families that were detained, and I want to confirm and promise that we’re doing everything in our power to act quickly with this donation to try to bring them together and make them free,” said Jonathan Ryan, executive director, at a 24-hour vigil where they were joined by Define American and Voto Latino as well as some elected officials.

“We’ve asked the administration for numerous status reports and updates but have yet to hear anything definitive,” Rep. Joaquin Castro (D-TX) said at the news conference outside the [Texas] Capitol Tuesday. Castro has introduced legislation, along with Sen. Ron Wyden (D-OR), that would give Congress members immediate access to federal facilities to offer oversight and report findings.

“We will not and cannot rest until we know that these children will be safely reunited with their loved ones,” said Castro, who was joined at the news conference by Reps. Raúl Grijalva (D-AZ) and Eric Swalwell (D-CA) and Sens. Martin Heinrich (D-NM), Bernie Sanders (D-VT), and Cory Booker (D-NJ).

“By offering this bond payment, RAICES hopes to help the administration comply with its court-ordered obligations,” the group said.

At this writing, there is no indication that the Department of Homeland Security is prepared to take the check and bond the parents out.—Ruth McCambridge