Reactions to Guilty Verdict for “Bookkeeper of Auschwitz” 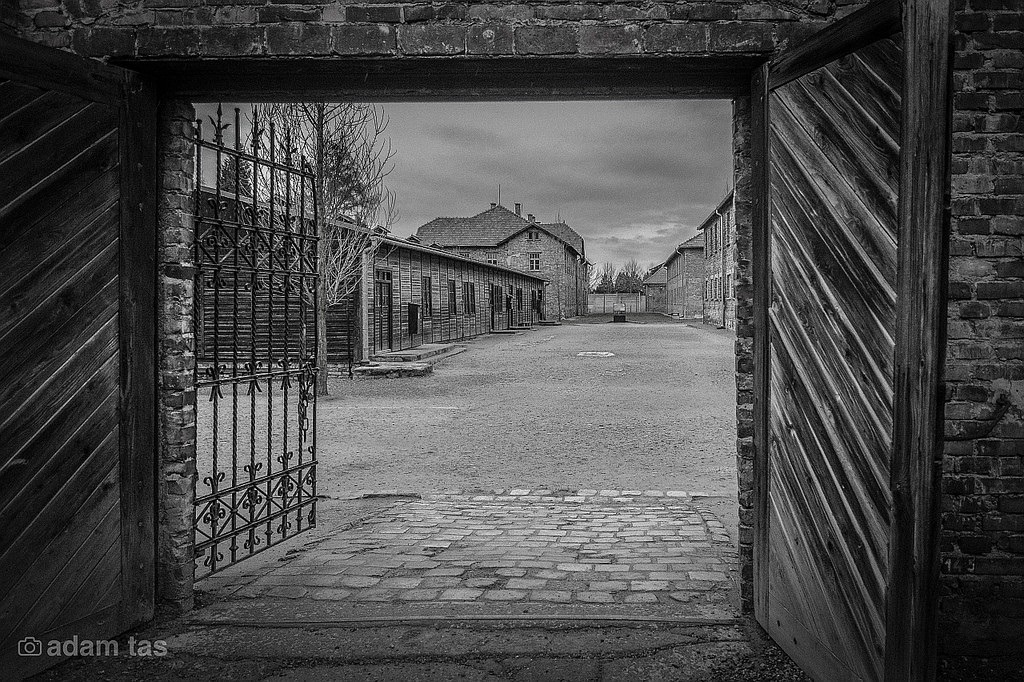 Yesterday, in Lüneburg, Germany, Judge Franz Kompisch sentenced former Nazi officer and accountant Oskar Groening, 94, to four years in prison after finding him guilty of being an accessory to the murder of 300,000 Hungarian Jews at Auschwitz, one of the major death camps in Nazi-controlled Poland during the second World War.

Throughout the trial, Groening spoke to the atrocities that he witnessed while he was an officer and accountant at the death camp between May and July 1944, less than six months before the camp was liberated. Although Groening himself says he did not participate, he says he saw an SS officer continually slam a crying baby’s head against a truck to silence it. Groening was also accused of counting the cash and the belongings of the victims of the camp. Earlier in 1942, Groening also saw his first gassing at a converted farmhouse.

“This is the only time I participated in a gassing,” he added and then corrected himself. “I don’t mean participated, I mean observed.”

Groening has long been known as a participant in the camp’s overall operation, which included innumerable crimes against humanity and mass murder. He has testified at earlier trials of other war criminals but has not until now been prosecuted. The delay in prosecution and the minimal sentence as compared to the enormity of the crime is, in the opinion of many, a crime in and of itself. As David Cesarani wrote in the Guardian, “This outcome casts a sickly light over the West German legal system—there is still unfinished business here. The German government should establish a historical commission, like the one that investigated the conduct of the foreign office under National Socialism, to determine why jurists interpreted the law so narrowly that thousands of Grönings escaped any form of retribution, however belated and inadequate.”

Groening’s case joins the 2011 conviction of the Treblinka and Sobibor concentration camp guard John Demjanjuk, who at 90 was convicted on 28,060 counts of being an accessory to murder and sentenced to five years in prison. For Marvin Hier, the founder of the Simon Wiesenthal Center, a human rights organization, there was no question but to try Demjanjuk despite his old age. “[Demjanjuk] lived to a full, ripe old age to enjoy his children and grandchildren. He attended their birthdays, their wedding celebrations,” Hier says. “None of his victims had that privilege; they went directly to the gas chambers.”

The Simon Wiesenthal Center similarly welcomed Groening’s verdict. “It is abundantly clear that the window of opportunity to bring Holocaust perpetrators to justice will soon be closed, which makes the expedition of these cases of exceptional urgency,” said the director of the organization’s Jerusalem office, Efraim Zuroff.

Others, like the Holocaust Education Trust, a nonprofit advocacy group that helps promote awareness of the Holocaust in Britain, also looked ahead to what Groening’s conviction could mean for other war criminals who are still alive and have yet to be prosecuted while there are a dwindling number of camp survivors alive to testify.

“The conviction of Oskar Groening for his actions sends an unequivocal message that, although he may not have led or directly participated in the atrocities at Auschwitz, he was clearly an accessory to the crimes perpetrated by the Nazis,” wrote the president of the Trust, Karen Pollock, in a statement. “By being the ‘bookkeeper’ of Auschwitz, he assisted in and facilitated the murder of 300,000 Jewish men, women and children and it is right that he has now been held legally accountable for this.”

Cesarani writes, “It was not until 2011 and the trial of John Demjanjuk in Munich that proactive German prosecutors constructed the law to enable men to be charged just by virtue of having served at a death camp. By this time, Groening had even gone on TV to talk about his role in Auschwitz. Not only did it become possible to try him, but by virtue of his statements the verdict was a foregone conclusion. Yet justice so delayed amounts virtually to a denial of justice.”

The judge presiding over Groening’s case agrees with this point of view, chastising prosecutors for waiting to bring Groening’s case as well as other similar cases to court. Out of the 6,500 people that were employed at Auschwitz, only 50, including Groening, have ever been convicted for their crimes.—Shafaq Hasan