Recession Started a Boom for this Nonprofit Retailer: Here’s How 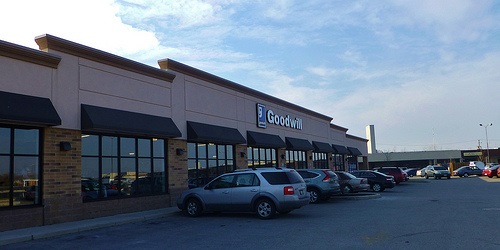 Since 2008, Goodwill-Easter Seals Minnesota has doubled their Minnesota retail outlets and their retail sales have increased by 75 percent to $67 million. In 2013 alone, the organization says it has provided more than 30,000 people with employment and job training.

A combination of factors may have been at work here. With so many out of work, the organization has had ready access to cheap labor while people are trying to conserve more by shopping second-hand. At the same time, Goodwill has taken advantage of a struggling retail-space market and begun to diversify its locations, extending beyond the urban core where increasing poverty exists to places where their customers are no longer necessarily people with limited incomes. Its Second Début in St. Louis Park features upscale brands in men’s and women’s clothing and accessories, and the feel of the outlet is boutique. “Ralph Lauren, Polo, Chico and Ann Taylor, and then we go all the way up to the fashion houses in Paris and Italy,” said Cynthia Courtney, the shop manager.

Goodwill CEO Michael Wirth-Davis added, “People often think that our stores are only for poor people, whatever that means for them. And we’re saying we have stuff for everyone….We’re not your grandma’s Goodwill, the traditional old thrift shop feel. We want it to be customer friendly and for people to have a great shopping experience.”

Sales provide about 85 percent of the group’s revenue. “The goal is to sell things, yes,” Wirth-Davis said. “But it’s why we’re selling things. And that’s to produce revenue to provide services and programs for a wide variety of folks who are trying get work, keep work and advance in their careers.”

Britt Beemer, an analyst for America’s Research Group, says that the number of people who say they shop second-hand has gone up in the U.S. by 30 percent since the recession’s start, and thrift stores like Goodwill offers a great way to recycle goods and save. “There’s no longer a stigma about buying there for consumers,” he said. “If it’s a good deal and value, they’re not ashamed to buy it there.”—Ruth McCambridge

More about: Culture ChangeManagement and LeadershipMarketingNonprofit NewsOrganizational culture and its drivers