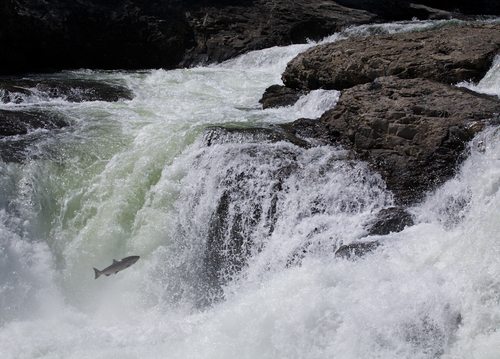 Today, it may be hard to imagine an American river spontaneously catching fire or the sudden die-off of millions of fish in a once-teeming lake, but these were real events leading up to the Act. In fact, two-thirds of the country’s waterways were judged as unhealthy for humans to fish or swim. This isn’t to say that environmental protection was the era’s dominant public policy issue. Policy decisions associated with the Vietnam War, civil rights, and economic recession were urgent and politically divisive. Yet the Clean Water Act and its systemic approach to restoring healthy waters received significant bipartisan support.

Dramatic, visceral images of water pollution’s impact around the country elevated the issue’s salience as a crisis. Large-scale community organizing, issue education and advocacy (such as that demonstrated by the nonprofit Earth Day Network) undoubtedly encouraged bipartisanship. But another essential difference between then and now is that bipartisanship was a hallmark of high statesmanship, rather than just ammunition for political attack.

A recent New York Times editorial notes, “[O]ver the last four decades, few environmental laws have enjoyed as much bipartisan support as this one.” As the Clean Water Act’s 40th anniversary flows by, environmental advocates argue for updating its scope to incorporate new water quality knowledge and technology. They’re also concerned that the Act’s core mandate is being eroded by unbridled partisanship.

For example, the Times editorial cites the current “oddly-named ‘Stop the War on Coal Act’, a House-passed bill that would effectively strip the Environmental Protection Agency of its authority to step in when state water quality standards are not strong enough to protect public health.” A recent opinion piece in the Los Angeles Times argues, “Some necessary fixes (in the Clean Water Act) . . . can be accomplished through strengthening rules already mandated by the act. But other(s) . . . would require congressional action. In the current, highly partisan Washington atmosphere, that would be incredibly difficult to accomplish.”

Has partisanship essentially changed the political feasibility of game-changing policy like the Clean Water Act? Or has it merely changed the agenda and tactics for such change? –Kathi Jaworski