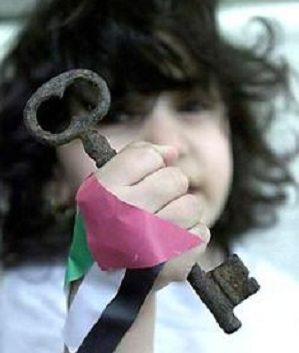 Amid the deluge of news coverage of the military coup in Egypt and the continuing civil war in Syria, it is not surprising that most of the press has forgotten to cover the plight of Palestinian refugees in Gaza, the West Bank, and Lebanon. Bill Corcoran, who runs a U.S.-based nonprofit organization that provides assistance to Palestinian refugees—American Near East Refugee Aid (ANERA)—has written an op-ed in The Hill reminding us what life is like in the “limbo,” as he calls it, of “no predictability and no control for the average person in Palestine.” He cites as examples farmers in Gaza who are unable to ship their crops to markets in Europe because of unexpected and unexplained border closings; the costs of living and high unemployment in places like Gaza, Tubas, and Hebron that leave families hungry and children with no shoes; and “dismal” results on investments in industrial parks, IT partnerships, and micro-credit programs because of “the obstacles of checkpoints, violence, and confiscations.”

Notwithstanding what anyone might think, pro or con, about the Palestinian governmental authorities in the West Bank (led by Fatah) and Gaza (Hamas), for ordinary Palestinians, life is Kafkaesque. As a result of the turmoil in Egypt, Palestinians who flew into Cairo International Airport from several different countries to return to Gaza through the Rafah land crossing have been denied access since the overthrow of Egypt’s Muslim Brotherhood president, Mohamed Morsi. Not only were they refused access to Gaza, they were actually deported back to such countries as Malaysia, Algeria, Jordan, Tunisia, New Zealand, and Canada—and they even had to pay for the cost of their deportation flights.

The impact of Egypt’s coup on the peace prospects between Israel, Gaza, and the West Bank is another area of confusion little covered by the American press. It might be that the overthrow of Morsi’s Islamists in Egypt could act as a signal for Hamas and Fatah to end their long feud and begin movement toward Palestinian national reconciliation. A united, stabilized Palestinian Authority might be a major step forward toward helping Secretary of State John Kerry’s recent flurry of shuttle peace diplomacy between Israeli prime minister Benjamin Netanyahu and nominal PA leader Mahmoud Abbas.

Nonetheless, with the increasing instability and violence in Egypt, the toll taken on Palestinians has been huge. The tunnels between Gaza and the Sinai, often described in the U.S. press as conduits for armaments and terrorists, are generally used as venues for transporting basic supplies—food, aid, and the like—into Gaza, because of closings and confiscations of the few official gateways between Gaza and Israel. But Egypt has not only tightened or closed the Rafah border crossing to Sinai, but six “smuggling tunnels” as well. Many of the tunnels were clearly significant corridors for commercial shipments, owned by businessmen in Gaza; for example, one was owned by a business that employed 24 workers and, only a few weeks ago, prior to its closing, was bringing in 300 tons of food a day. With the squeezing of the tunnels, prices of goods and materials, such as cement and gasoline, are skyrocketing and shortages of basics like cooking oil are rampant.

Corcoran’s Dantean metaphor for Palestinian daily life emphasizes that Palestinians are frequently at the mercy of economic and political decisions made by non-Palestinians who aren’t in Gaza or Ramallah. ANERA is not the only nonprofit organization trying to address the economic conditions of Palestinians, but the challenges of providing support to people living in Limbo are difficult to fathom for those of us who, when reading about the Middle East, learn little about daily life for Palestinian refugees.—Rick Cohen