Rejection of “Respectability” Takes Center Stage in Wake of Netroots 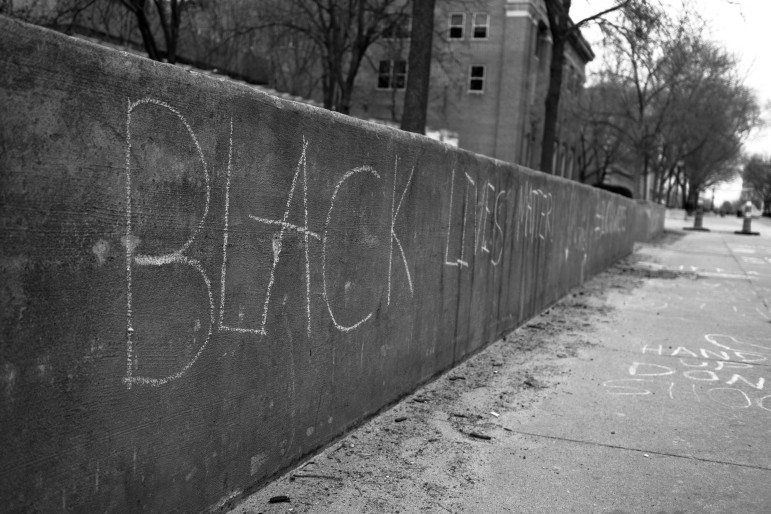 The political dialogue that has ensued from the #BlackLivesMatter protest at the Netroots Nation 2015 presidential forum has followed in a distinctive path—with implications for nonprofits. Although candidate Martin O’Malley was widely criticized in activist circles for adding “all lives matter” to his statement that “black lives matter,” much commentary has focused on how Senator Bernie Sanders reacted to the protest and the protesters.

In this article, the Eclectablog blogger who was at the Netroots Nation program compared the two candidates’ reactions as of significant importance:

“Of the two candidates on the stage that day, O’Malley handled it far better than Sanders…O’Malley rarely interrupted the protesters. He treated them with respect and did not try to talk over them or to shush them. In fact, had he not blundered with his statement that ‘white lives matter, all lives matter’—a statement akin to declaring ‘all diseases matter’ at an AIDS research fundraising event—he would have done as well as anyone could in that moment and his apology for making that statement in the middle of a #BlackLivesMatter protest seemed honest and sincere.

“Sanders, on the other hand, handled it surprisingly badly… Sanders kept talking while completely ignoring the protesters, not even looking at them as he plunged on with his stump speech. When O’Malley responded to what he would do to dismantle the systemic racism that is resulting in mass incarceration of black people and the shockingly high number of black men and women dying at the hands of law enforcement, he had some specific elements and he promised more detail in his forthcoming criminal justice reform package…While on stage, Gov. O’Malley was calm, he listened, and he was patient. Sanders, on the other hand was impatient and, frankly, condescending. Instead of listening and hearing, he was insistent that he be able to finish his stump speech. When he finally got around to addressing the question of what he would do to address systemic, lethal racism in America, he talked about more jobs, increasing the minimum wage, debt-free college, a trade policy that emphasizes investments in America and not low-wage countries elsewhere…. The contrast on Saturday to O’Malley’s calm patience and Sanders’ irritated impatience was stark and, in my opinion, telling.”

The Eclectablog writer concludes with an analysis that is getting widespread support, that is, a call for the rejection of “respectability politics”:

“No significant social change in this country has EVER happened without disruptive action. From the courageous activists in the ACT-UP movement to civil rights demonstrators and beyond, every major cultural shift took place using disruption tactics and claiming a space for communicating when no space existed. If we cannot get our own allies to address important issues like police brutality and lethality, how can we expect change to happen? The notion of ‘respectability politics’ is one that should be rejected by progressives in this situation and if you’re not rejecting it loudly, you should take a very hard look at yourself and ask why not.”

“As a politics, respectability has long shaped negotiations across the color line. In exchange for a promise to morally police the behavior of poor and working-class black populations, potential white allies validate the leadership of middle-class and elite African-Americans. It also marginalizes those not willing to check their anger, or those who don’t (or refuse to) use proper language to express that anger. In effect, the politics of respectability accepts the exclusion of those deemed unrespectable from the protections of first-class citizenship.”

The challenge to respectability in protest has deeper roots. Historian Howard Zinn wrote about his time at Spelman College in Atlanta where the “nice” Spelman girls turned into civil rights protesters willing to be jailed—as they were—to protest segregation. “Respectability is no longer respectable among young Negro women attending college today,” Zinn wrote in 1960. Not one for respectability himself despite his position as a professor, Zinn supported and participated in the student-led protests, earning him the sack for “insubordination” in 1963.

Nonetheless, the #BlackLivesMatter protest at Netroots Nation and the responses of O’Malley and Sanders have launched new attention to the issue of respectability. Commenting on the reactions to statements at the funeral for Michael Brown, killed in Ferguson by a white policeman, Julia Ioffe wrote in the New Republic:

“Respectability, in essence, is about policing the behavior in your community to make sure people are behaving ‘properly,’ so as to not attract unwelcome attention from whites—‘with “properly” being a normatively white middle class presentation,’ says [University of Chicago political scientist Michael] Dawson. In feminist discourse, a similar phenomenon among women is described as internalizing the patriarchal gaze. That is, women see themselves as the men in charge want to see them—feminine, sexy, pliant—and then behave and dress accordingly. Respectability is the same thing, but with blacks internalizing the white gaze.”

Are nonprofits that are preparing to host local, state, and national candidates’ forums prepared to respond to the rejection of the politics of respectability? Nonprofit Quarterly would like to hear from nonprofits with candidates’ programs to explain how they intend to adjust to, accommodate, or oppose the kinds of protest that occurred at Netroots Nation 2015.—Rick Cohen