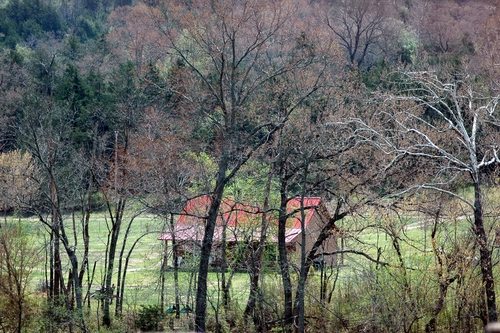 Rick Cohen is liveblogging his experiences at this year’s annual meeting of the Council on Foundations. Here, he gives his impressions on presentations by Chuck Fluharty of the Rural Policy Research Institute and USDA Deputy Undersecretary for Rural Development, Doug O’Brien regarding the state of rural America. You can follow all of Rick’s blog posts here.

Kevin Walker, the president and CEO of the Northwest Area Foundation, noted that at the first day of the Council on Foundations’ plenary session on the My Brother’s Keeper initiative, the word “rural” was not in evidence. To the unsuspecting wandering observer, one might have thought that the challenges facing black men and boys in our society were purely an inner-city issue. No rural young black men were on the list of people facing the societal inequities so well documented in reports such as Where Do We Go From Here: Philanthropic Support for Black Men and Boys, Building a Beloved Community: Strengthening the Field of Black Male Achievement, and A Time for Action.

Of course it’s nonsense that the problems of black men and boys don’t include rural ones, and none of the plenary presenters would have ever made that contention, but their omission of rural issues from the discussion is endemic and instructive. Rural doesn’t make it onto the radar screens of many people. In the COF annual meeting “Re-committing to Rural” panel, it would have been hard for anyone to ignore rural had they heard the presentation of Chuck Fluharty, the founding director of the Rural Policy Research Institute, who presented compelling statistical evidence on the extent and prevalence of poverty in rural America, the huge number of rural counties that are places of “persistent poverty,” the expanding problem of “deep poverty” (below 50 percent of federal poverty level) in rural America, and the crucial relationship of rural poverty to issues of race and ethnicity, the latter an important message for the philanthropies focused on black men and boys.

Like the funders of black men and boys relating to resources and programs from Tom Perez’s Department of Labor, foundations with a rural emphasis need to understand their relationship to the budgets and programs of the U.S. Department of Agriculture, particularly the Rural Development program. The Deputy Undersecretary for Rural Development, Doug O’Brien, addressed the connection between philanthropy and the Obama administration’s USDA, but the framework seemed tentative. Fluharty had straightforwardly decried “the amazing underinvestment of philanthropic support in rural America” and underscored the deep cuts that had been made year after year in O’Brien’s rural development programs, but O’Brien was there to present a somewhat more positive message.

Noting the limitations of the USDA’s rural development program as largely a bank, financing housing, infrastructure, water systems, and businesses with limited and shrinking grant dollars, O’Brien acknowledged that the biggest limitation he faces is in capacity-building resources for rural communities. Much of what he addressed on the philanthropic side involved working with community foundations, which is positive, but there is a lot of philanthropic wealth, much of it derived from rural areas, that flows through national foundations barely touching rural America.

O’Brien mentioned USDA programs such as StrikeForce, aimed at better partnering with community-based groups in persistent poverty counties; the President’s Promise Zones program, where USDA is a lead partner with HUD to pick as many as 20 areas by the end of the Obama administration, with five or six being rural, for helping the federal government interact better with communities; and the new provision in the Farm Bill, Section 6025, to enable the USDA to “prefer projects” such as financing for hospitals or water systems that are part of strategic economic development plans, with evidence of that to include support from nonprofits and foundations.

That’s all well and good, but the bottom line is still that Rural Development’s funding in terms of grants has been repeatedly slashed over the years, and the programs that O’Brien identified, such as Promise Zones, do not come with money. It isn’t an answer to say that money cures all problems, much less that money should be thrown at all problems, but if you want to see what an administration really believes in, look at its budget. The shrinking rural development budget and the programs that don’t have any connected dollars suggest a troubling vision for rural going forward.

In the end, not much was said about how to mobilize big philanthropic dollars to rectify the “amazing underinvestment” that Fluharty noted. While complimenting O’Brien and the Obama administration, perhaps more generously than might be warranted, for what they are doing to promote rural and link rural to urban, Fluharty also noted the problem in the lack of connection, the lack of a metaphor for the importance of rural in public policy. “Our democracy is at risk,” Fluharty said, “if philanthropy does not change the narrative” that makes rural something of an afterthought, as it was in the previous day’s discussion of the My Brother’s Keeper initiative. He really challenged foundations not on the issue of more grants, though he certainly wouldn’t oppose that, but on foundation leadership in elevating rural to a position of centrality in public policy commensurate with urban. That’s the kind of challenge that foundations, when they think seriously about the issues they confront, suggests that there are consequences to what foundations do and where they choose to sit on the sidelines.—Rick Cohen