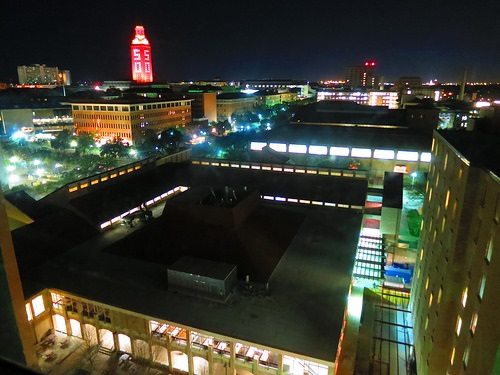 Few people would seem to be on the side of deepening and strengthening racial and economic disparities, but somehow policies persist that do just that. Recent reports about admissions policies at the University of Texas demonstrate just how deep-seated intentional policies that lead to disparities might be, and given that, just think about the challenge of removing the unintentional causes of racial and ethnic disparities.

A University of Texas trustee named Wallace Hall, appointed by Governor Rick Perry to the university’s board of regents in 2011, had been troubled by a number of policies pursued by the university system, particularly policies that were carried out with the knowledge if not direction of UT-Austin president Bill Powers. One was a secret program of forgivable loans to faculty at the UT School of Law, where Powers had been dean. Another was that Powers had improperly counted nonmonetary gifts to the school.

But what caused the biggest, Texas-sized brouhaha was Hall’s investigation and exposure of UT’s unacknowledged policy “in which [Powers] admitted the children of prominent legislators and their benefactors to UT—even if those students did not meet the university’s high academic standards.” That caused an uproar that got the legislature to defend Powers, denounce Hall for his “witch hunt,”, and hire famous attorney Rusty Hardin (the lawyer who defended Roger Clemens against charges of PED use) to issue a 174-page report lambasting Hall for being “myopic,” “mean-spirited,” “mercenary,” “vindictive,” and on an “incessant search for things and people to criticize.” Politicians announced their intentions to impeach Hall, and such powerful figures as billionaire Paul Foster pleaded with him to simply leave the UT board.

After an internal review of admissions policies, additional information prompted the university to hire an external group, the Kroll group, to conduct an independent review. The Kroll report concluded, according to the Tribune, that “University of Texas at Austin President Bill Powers has helped secure college admittance for some students over the objections of the admissions office,” though not due to any specific quid pro quos. The report also revealed that Powers and his chief of staff misled the previous internal university inquiry by making “material omissions” when answering specific questions. “At minimum, each failed to speak with the candor and forthrightness expected of people in their respective positions of trust and leadership,” the Kroll authors wrote. The students admitted in this unofficial program included those who came with political connections or alumni/legacy influence.

However, the number of “arguably less-qualified” applicants was small, only 73 with combined SAT scores of less than 1100 and high school GPAs of less than 2.9. Powers responded that these special admissions occur at “virtually every selective university in America,” that the process he conducted had been “inherited…which was well known by regents, former chancellors, the board of regents office, and UT System officials,” that “no one was displaced by this practice,” and that UT Regent Hall had himself “exerted influence over the admissions process,” though Powers didn’t specify how. UT System Chancellor Bill McRaven said that the report convinced him that there had been no willful misconduct by Powers and therefore no disciplinary actions would be taken.

Nonetheless, a special Texas House of Representatives panel “censured and admonished” Hall last fall, citing his “relentless demands for records,” according to Politifact, and he was still under investigation as of December by the Travis County DA’s public integrity unit for how he might have handled confidential student information. A grand jury had been impaneled to investigate Hall, though it apparently will not conclude its work for another month or so. The House committee that criticized Hall was the Select Committee on Transparency in State Agency Operations, an ironic choice given that Hall was trying to make UT’s secret policiestransparent.

There’s little question that Hall is a one-of-a-kind character. His relentless FOIA requests must have driven UT crazy, given that they came from one of the university’s own regents. Undoubtedly, there are political subtexts here that denizens of Texas politics see, but to those concerned with reducing and eliminating disparities, the UT-Austin admission policies that Hall exposed reflect a pattern of favoritism for the rich and powerful in many institutions—and UT is big among them. In 2012, NPQ wrote about the special “A-list” of wealthy and powerful people who got special consideration and treatment at UT Southwestern Medical Center. Robert Riggs, the reporter who doggedly revealed what was going on under former UTSW president Kern Wildenthal, was savaged by local power brokers for daring to reveal Wildenthal’s indefensible policies, much like the treatment Hall got for going after Powers. In both cases, the beneficiaries of the secret policies were the high and mighty—including politicians of both parties. It goes to show that many institutions in our society have a very limited appetite for scrutiny, thin skins for criticism, and a propensity to vilify their critics. The result is the persistence of policies that harden social and economic inequities in our society.—Rick Cohen