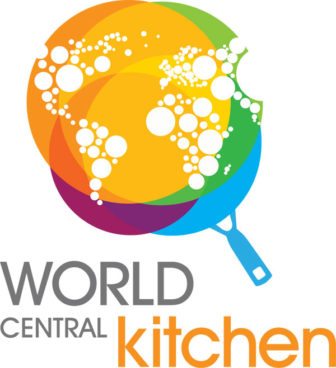 These are not the things that we normally think of when we think of feeding the hungry in the wake of disaster. But they should be, according to world-renowned chef José Andrés. Andrés has spearheaded an effort that has served more than two million hot meals using fresh ingredients in Puerto Rico following the devastation of Hurricane Maria.

“We’re becoming a food operation,” Andrés said about World Central Kitchen, a network of chefs tackling food security and poverty issues, in an interview with the Washington Post. “We have been noticed by many, and now we have a lot of friends who are thinking out of the box and big. This goes from very big foundations to very big NGOs.”

Andrés and World Central Kitchen has been serving meals in Puerto Rico since shortly after Hurricane Maria struck the island in September. Using a network of commercial kitchens, restaurants, and food trucks, they have served hot meals throughout the country—more, according to the Post, than the American Red Cross.

The organization announced in a press release that it was closing its central operations in San Juan but would continue to concentrate on remote areas that still need help. To continue in San Juan after the initial crisis has passed runs the risk of doing more harm than good by flooding the fragile recovering economy with free food that could put restaurants out of business.

“We need to be smart about what we all do now,” Andrés said in the press release. “We must not hurt the small restaurants that feed the people at a much lower cost.”

NPQ has reported extensively on the recovery efforts in Puerto Rico, where more than 70 percent of the population still has no electricity more than a month after the storm. Those recovery efforts have taken place against a backdrop of Puerto Rico’s existing debt crisis, hostility from President Donald Trump against San Juan’s Mayor Carmen Yulín Cruz, and the seeming forgetfulness in even high places that Puerto Ricans are US citizens.

Andrés himself has been critical of the emergency response and bureaucratic morass that has kept people from getting help.

Soon, World Central Kitchen would be working out of 18 kitchens—including the central production area in the Coliseo de Puerto Rico—providing 120,000 hot meals and sandwiches to all 78 municipalities on the island each day, according to the Post. The daily cost, $300,000 to $400,000, put the organization “many millions in the red,” Andrés said during the Washington Post Live conversation.

The food program gained attention not just for the quantity of food it provided, but for the quality.

“There was a controversy over what FEMA was bringing to the island of Puerto Rico versus what you were serving,” said Washington Post Food Anchor Mary Beth Albright during the Live conversation. “You were serving fresh fruits and saying, ‘We would never bring chips!’ And what FEMA was bringing in was Cheez-Its, chocolate puddings, Vienna sausages…”

World Central Kitchen was founded in 2011 after the earthquake in Haiti in January 2010 and has focused on such projects as a culinary school in Port-au-Prince. Its work in Puerto Rico during the pressure cooker of the immediate hurricane recovery may shift the organization’s focus to disaster relief.

“We’ll go through that process in the next weeks,” Andrés said to the Washington Post. “But obviously, we cannot disappear…I have a feeling that World Central Kitchen cannot go back to business as usual.”—Nancy Young