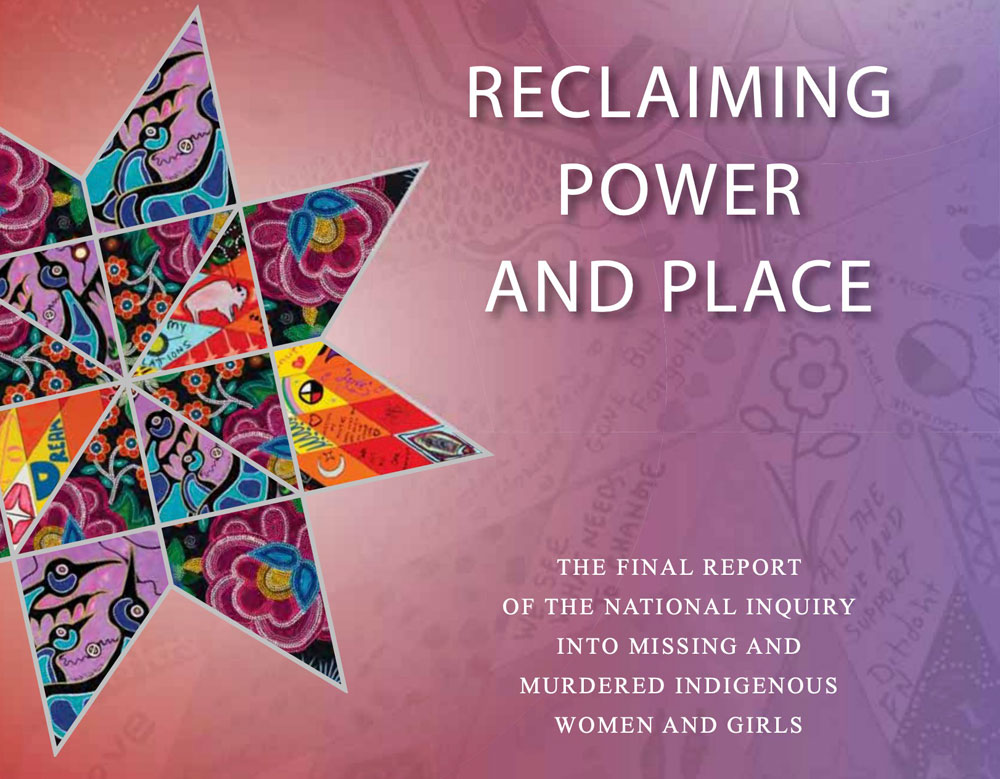 Last week on Monday, a long-awaited report from Canada’s two-year National Inquiry into Missing and Murdered Indigenous Women and Girls (MMIWG) was released, stating what many indigenous women knew all along. The findings cited the failure of the government to seek and provide justice to these victims and their families and called for widespread systemic change in governmental policies and processes.

The report was announced by the inquiry’s commission at a ceremony with Prime Minister Justin Trudeau and the families of victims. Facing an audience holding red flowers above their heads in memory of those victims, the prime minister acknowledged the report’s conclusion that Canada’s treatment of missing and murdered women and girls is equivalent to genocide.

“For too long, indigenous women and girls have experienced violence at a rate that is staggering compared to non-Indigenous women,” Trudeau said. Shouts from the audience demanded, “Then do something about it!”

The following day, the Commissioners made this statement: “This is an important moment in the Truth and Reconciliation journey. The acceptance of our findings of fact by the federal government, especially our finding of genocide, is an acceptance of the truths shared by families and survivors. They no longer need to convince others that genocide is a part of Canadian history.”

The Canadian Femicide Observatory for Justice and Accountability reported that between 2001 and 2015, indigenous women were at elevated risk of homicide. Homicide rates for women and girls were approximately six times higher than those for non-Indigenous women. According to the group, other research indicates that indigenous women are 16 times more likely than their Caucasian counterparts to be murdered or go missing.

Sagkeeng First Nations youth Tina Fontaine could have been just another statistic. In August 2014, Fontaine’s body was pulled from Winnipeg’s Red River. During the 24 hours before the 15-year-old’s disappearance, she was seen by provincial child welfare workers, police officers, and healthcare professionals. Her violent death and the subsequent acquittal of her white murderer resulted in a groundswell of outrage across Canada over the disproportionate number of indigenous missing or murdered women and girls.

Protests ultimately precipitated government action. In 2016, Prime Minister Trudeau allocated $53m to create the MMIWG inquiry to investigate and report on the systemic causes of all forms of violence against women and girls—a group that explicitly includes lesbians, bisexuals, transgender women, “two-spirit” individuals, and other people who aren’t cisgender men.

Approximately 1,500 families of the victims and survivors gave moving testimonies, many citing the failure of social services to protect them. The final report demands a total of 18 “calls to justice” and gives 231 recommendations, including the creation of a national ombudsman for Indigenous and human rights, as well as the establishment of Indigenous civilian police oversight agencies.

The Chief of the Assembly of First Nations of Quebec and Labrador, Ghislain Picard, had a tempered response to the report, stating that there is much work to be done. “Let us be clear, although the work of the National Inquiry, including its final report and recommendations, has provided some light and national awareness, it will certainly not be able to resolve, on its own, the vestiges of policies aimed at the extermination of First Nations. The situation requires major changes at all levels, starting with positive and urgent actions. The answer lies with governments, including our own.”—Meredith Betz