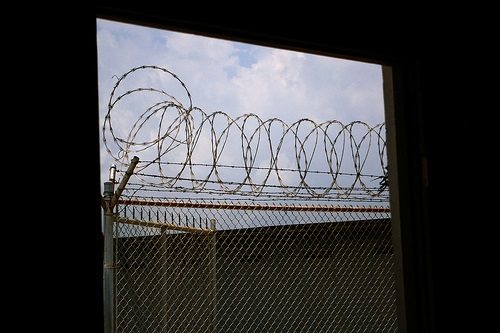 In what is being considered the most extensive investigation into women’s reproductive healthcare in New York’s state prisons, an eye-opening series of allegations of human rights abuses and neglect are coming to light.

The results are staggering: shackling inmates after delivery—despite a state law forbidding restraints during or after labor; delayed trips (or none at all) to medical examiners, leading to sexually transmitted infections and other conditions to worsen; a limited supply of tampons and pads that led to women improvising with magazines and newspapers.

Initiated through an independent nonprofit, the Correctional Association of New York, the investigative report is a culmination of five years of studies into the state’s prison reproductive healthcare system, compiled in large part through in-person interviews with inmates and staff at the prison facilities, along with surveys conducted of the inmates.

Among the recommendations put forward, the report charges the New York Department of Corrections and Community Supervision with a lack of oversight, given the state department is “responsible for providing reproductive health care to more than 2,300 women on any given day, and to nearly 4,000 women over the course of one year, about 40 of whom are pregnant.” Indeed, the report that recommends pregnant women, the elderly, and women with HIV should not be incarcerated due to the multitudes of issues that have been found.

Of the 54 prisons under the oversight of the DOCCS, only three are women’s prisons, while another three house both male and female inmates. Each of these prisons and their healthcare capabilities is outlined in the report, illustrating the disparities in the level of care between the facilities. Some house pregnant women, some don’t. Only one prison has a nursery where women can live with their babies from a year to 18 months after giving birth.

Out of the 950 incarcerated women that were interviewed for the report, many reported the same issues that surveyors themselves found concerning:

Of course, this is just a snippet of the numerous violations or concerns found in the five-year investigation. Largely, as discussed in the report, these issues are not exclusive to New York but mirror what is happening in prisons nationwide. The report makes several recommendations, both for the DOCCS in increasing its oversight to fix these issues as well as for legislators and courts. Perhaps the most bold and reasonable recommendation the report makes is to avoid sending pregnant women, women with small children, the elderly, and women with HIV to prison, and instead finding a community-based initiative for reform.

“This fundamental conflict between reproductive justice and mass incarceration is not something that’s unique to New York,” said Tamar Kraft-Stolar, the director of the Women in Prison Project at the Correctional Association, who also wrote the report. “We’re hoping that this report contributes to the national conversation that’s happening right now about over-incarceration.”—Shafaq Hasan